The older brother of two missing kids with ties to Arizona has had enough. This is the first time Colby Ryan is speaking to the media since his mother, Lori Vallow,&nbsp;was found in Hawaii. She did not follow court orders to turn over the kids to authorities since they went missing in September 2018.&nbsp;

The older brother of two missing kids with ties to Arizona has had enough.

This is the first time Colby Ryan is speaking to the media since his mother, Lori Vallow, was found in Hawaii. She did not follow court orders to turn over the kids to authorities since they went missing in September 2019.

Ryan has pleaded with his mother to do the right thing publicly on YouTube, but he's now answering questions, or at least what he can answer. He spoke with FOX 10 for nearly an hour about how this bizarre saga may have started last year around this time.

When asked if he thinks his mom would harm JJ, 7, and Tylee, 17, he says no. "I feel like my mom would die for the kids, so to see this and hear it, and also be questioning why they're not being found, that's where this all comes into a battle into what you think and what you feel," he said.

Ryan never expected to be fighting this battle, questioning if he still recognizes the woman he calls his mother. He says his relationship with his mom began to change a year ago after she abruptly moved from Arizona to Hawaii with her daughter Tylee, leaving her husband Charles Vallow and their son JJ, who has autism, behind. 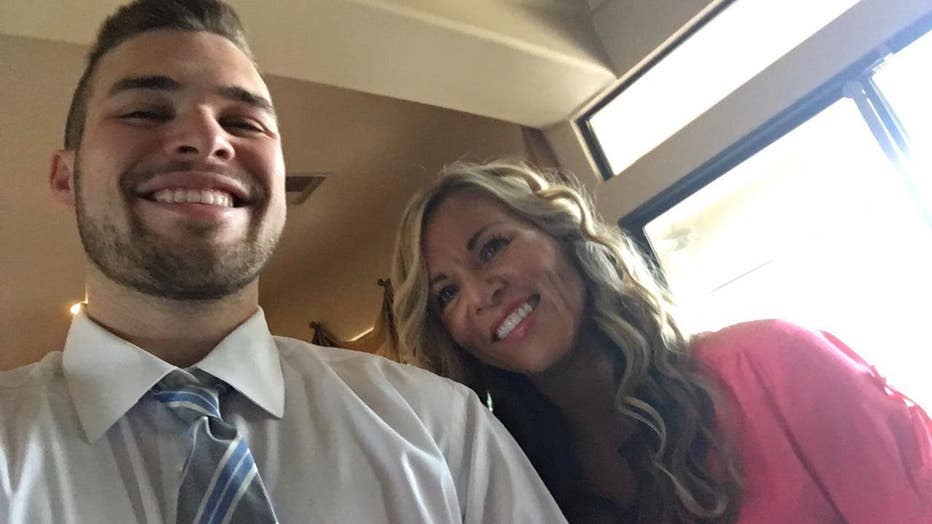 After about a month, she came back. The couple eventually separated, and soon after, Ryan got a phone call from his mom, saying Charles had a heart attack at the house.

However, body cams show a homicide investigation at the Vallow home. Chandler Police say Vallow's brother Alex Cox shot and killed Charles Vallow in self-defense. Ryan says when he came to visit his mom later that day, she revealed details on the fight that turned deadly.

"Why would you not tell me what was going on, this is worse, this is a million times worse than what you said," Ryan remembered thinking.

Then his uncle, Cox, died suddenly in December - the cause still unknown. But for Ryan, he has questions about his stepdad's death. "No matter what happened, why was he shot in the chest, why was he killed? That just doesn't make sense, why did he have to die for a fight?"

By the end of August 2019, Ryan learned his mom planned to move out of Arizona again with the kids. "She said, 'I got a new job' and that she was moving so that was it, that's all she told me and she didn't tell me where."

Ryan says he had no idea they went to Idaho. Then contact with his mom declined and he couldn't get his sister Tylee to answer calls anymore.

There is a Venmo profile under Tylee Ryan, confirmed to be her account by her brother, and it shows two payments to him in October. Ryan says his mom had always used it as a way to transfer money.

"My mom is not tech-savvy, so Tylee's account for Venmo was the account she used to transfer money to us," he explained. Whether Tylee or his mom made the transfers is unknown.

On the day before Thanksgiving, Ryan finally knew something was wrong when police asked him for the whereabouts of Tylee and JJ.

"I called my mom and I'm like 'Two detectives just came to my door, what is going on?' And she said 'I got it, I'll take care of it... Love you and that was it," Ryan said.

During that time, Rexburg Police searched his mom's townhome in Idaho, but she was gone the day after the welfare check for JJ on Nov. 26. Authorities say Vallow lied about JJ being with a relative in Arizona.

Fast forward to February 2020 - Vallow and her new husband, Chad Daybell, were located on the island of Kauai. Daybell is a doomsday author who Ryan says he never knew existed.

"I'm done. I've been done the day that I saw them without the kids walking around Hawaii," Ryan said. "That was it."