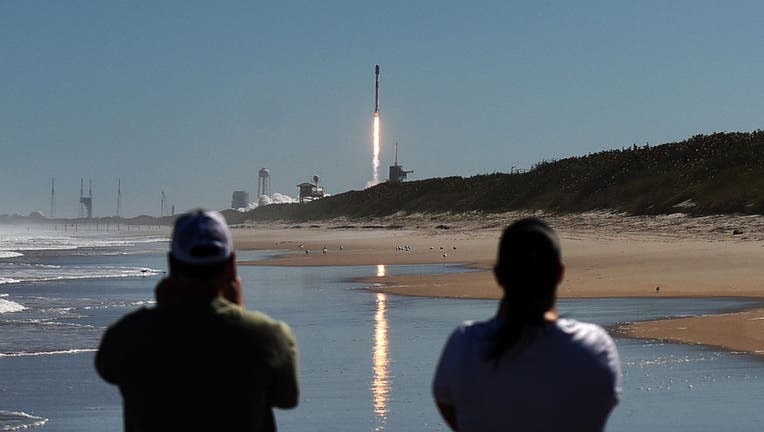 CAPE CANAVERAL, Fla. - SpaceX says a geomagnetic storm damaged the latest batch of Starlink internet satellites, keeping most of them from making the proper orbit.

The 49 satellites were launched on Feb. 3 aboard a Falcon 9 rocket from Kennedy Space Center in Florida, programmed to slowly climb to their intended orbit. Everything looked good until the next day, when a sudden geomagnetic storm warmed the upper atmosphere, increasing the atmospheric density.

SpaceX said the Starlink team tried to program the satellites to fly in safe mode, effectively to help them "take cover from the storm." However, the increased drag from the thicker atmosphere took its toll on the satellites.

A perfect launch to start the year for SpaceX. A Falcon 9 rocket will carry a batch of Starlink satellites into orbit from the Kennedy Space Center's pad 39A. The space agency said Starlink delivers high-speed broadband Internet to locations where access has been unreliable or completely unavailable, "ideally suited for areas of the globe where connectivity has typically been a challenge."

SpaceX believes up to 40 of them will reenter or have already entered the Earth’s atmosphere. They said the deorbiting satellites — which are each about the size of a briefcase — pose "zero risk collision" with other satellites and that no orbital debris or satellite debris will hit the ground.

SpaceX was supposed to carry out the Starlink mission earlier in the month, but because of four different launch delays of an Italian satellite, the company is moving it.

The satellites were to provide internet services and affordable internet across the world. So far the company has launched around 2,000 into space.