It all began when Subash Yadav moved to the US to study medicine, and missed the flavors from home. Years after the move, Yadav started a food truck that sells a Nepali dumpling called momo, and now, he has a chance to showcase momo during the Super Bowl. FOX 10's Stephanie Bennett reports.

PHOENIX - With thousands expected to visit the Phoenix area for the Super Bowl and other associated events, feeding that huge crowd can be quite the challenge.

Only select vendors have been chosen for that task, and one of them, Momo's Food Truck, is making history, as they will become the first food truck to serve Nepali food at all the official Super Bowl events. That allows the people behind Momo's Food Truck to take their food to an international audience.

"You can come try the happiest food on Earth," said Subash Yadav.

What is a Momo?

Momo, according to Yadav, is a Nepali-style dumpling.

"The word ‘Momo’ means ‘dumpling’ in Nepal, India," said Yadav. "I wanted to share food that is important to me that I grew up with."

For Yadav, it all began with a yearning

Yadav moved to the U.S. in 2007 to study medicine, but says he missed his favorite Nepali flavors from home, especially momo. So, Yadav combined his passion for cooking and devotion to health, and brought Mr. Momo to life in 2019.

"Dumplings exist, really, in every culture," said Yadav. "In Nepal, being in between India and China, we have that Chinese dumpling influence as well as the spices from India, so we have got a great mix of two cultures."

"We have chicken. We have our shiitake mushroom for vegans," said Polanco. "We can do lamb, and sometimes, we mix it up and do other fillings as well."

In addition to savory momo and cheesecake momos, Yadav and Polanco will also serve up ramen and samosas.

Partnering with the Super Bowl can have the opportunity to catapult the already thriving small business into the endzone, a touchdown for sales and a win for their future.

"What I am really excited about is for people to experience Nepali food," said Yadav. "Momos are just such a happy food. It’s delicious, it's healthy, and I think everybody gets so excited when they see dumplings."

Yadav hopes they will become a household name, after they were selected to be featured during the biggest sporting event in the country.

"For me to have that opportunity to showcase my food in the Super Bowl is absolutely amazing," said Yadav.

For those who cannot wait for the Super Bowl to try out Yadav's momo offerings, Mr. Momo’s food truck is located at the Pemberton in Downtown Phoenix, and also every Saturday at the Downtown Farmers Markets in Phoenix and Gilbert. 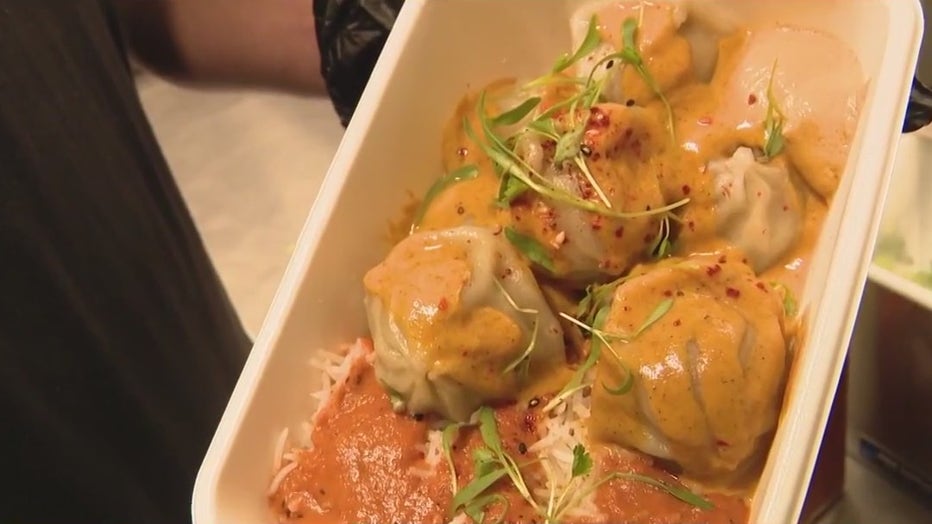