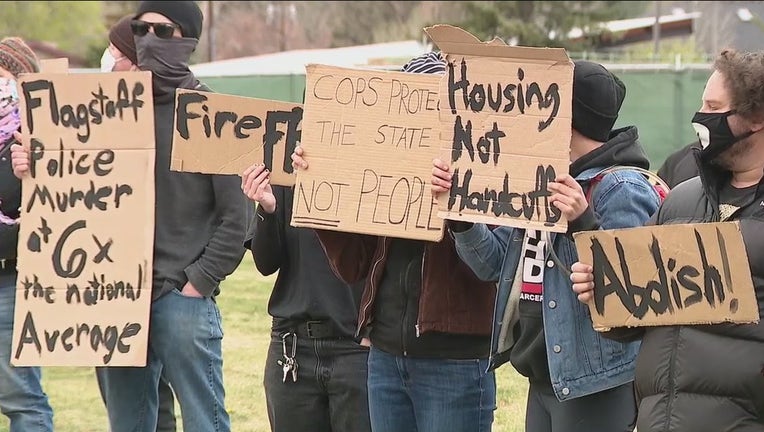 FLAGSTAFF, Ariz. - The Flagstaff City Council held a special meeting over police department funding, with members of an activist group wanting the city to reduce the police budget by 55%.

Members of a group called flag stats say they want to see money obtained from reduced police funding spent on other agencies. They say they want officers out of schools, as well as fewer people behind bars.

The group rallied outside the Flagstaff City Hall on the afternoon of April 26, as they ask the community to take part in a public comment period that will be allowed during the meeting.

Meanwhile, Arizona State Senator Wendy Rogers is speaking out in support of the police department. She says the department is already undermanned and underpaid. and believes if budget cuts are made, crime will go up, and innocent people will suffer.

Dozens of people spoke during meeting

In all, the meeting had more than 40 public comments on possibly defunding the police. During the meeting, city council members say this was a very complicated subject.

"As one of your constituents, I’m calling to ask do you consider refunding Flagstaff PD by 55%, and provide funding for alternative programs such as education, mental health, health," said one person at the meeting.

Others, however, say councilmembers should think twice.

Officials with the flagstaff police department have released a statement, which reads, in part:

It is not known as to when the Flagstaff City Council will make a decision.