BUCKEYE, Ariz. - A suspect who allegedly opened fire at a police officer in Buckeye on June 2 has been arrested.

The incident began just before 9:30 a.m., when police responded to a report of a man pointing a gun at a motorist near Palo Verde Road and Southern Avenue.

"The arriving officer exited their patrol vehicle and gave commands for the suspect to stop," police said in a news release. "That's when the suspect fired at the officer. The officer fired back."

The suspect, identified as 22-year-old Juan Ortega, was arrested. Neither Ortega nor the officer were injured, however, Ortega was taken to a hospital as a precaution.

Police said Ortega will be booked into jail on aggravated assault charges.

"The officer involved in the shooting has been placed on administrative leave which is standard protocol," police said. 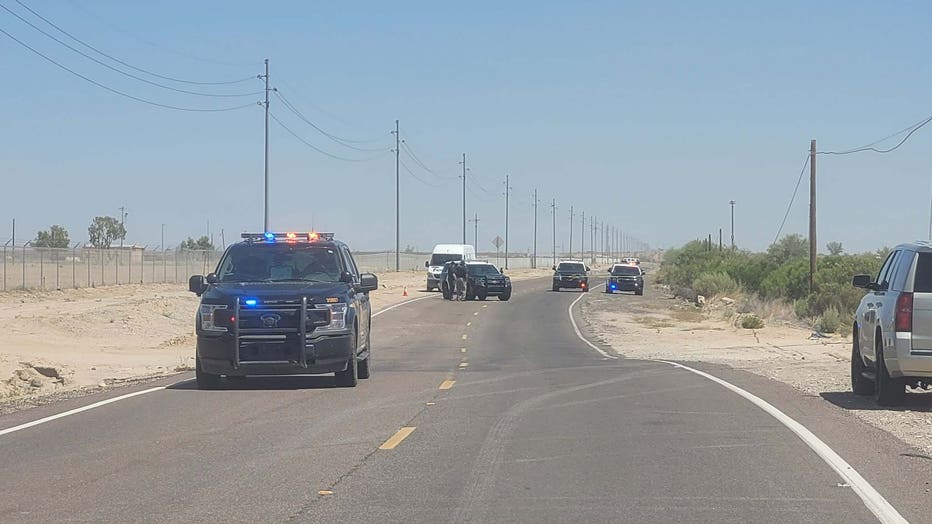 The scene of a shooting involving Buckeye police officers on June 2.