Victim of brutal assault at Phoenix phone store speaks out

The brutal beating of the Cricket Wireless employee was captured on camera, and the man believed to be responsible has been arrested. FOX 10's Stephanie Bennett reports.

PHOENIX – Police say the man caught on video brutally attacking a Cricket Wireless employee before getting away with phones and cash from a store in Phoenix has been arrested.

The incident happened just after 5 p.m. on June 4 at a Cricket Wireless store near 43rd Avenue and Bethany Home Road.

"When [officers] got there, they found a woman bleeding with a laceration to her face," Sgt. Philip Krynsky said in a statement.

The 22-year-old victim told police a man walked into the store and began punching and kicking her.

Surveillance video released by police shows the attack -- the man approaches the employee, who then asks him if he needs help.

"How can I help you?" the employee asked.

He starts to respond before violently attacking the employee.

After the attack, the man went to the back of the store and stole several items and cash, police said. The victim was able to get away from the man and run to the business next door to call for help, but the suspect fled before authorities arrived.

After police released the surveillance video, they received multiple tips and were able to identify the suspect. Three days later, he was found and arrested.

The suspect, identified as 33-year-old Michael Cook, was booked into Maricopa County Jail on June 8. He faces multiple charges, including robbery, kidnapping, assault and criminal trespassing.

Cook's mother reportedly told police he was not taking his schizophrenia medication. According to police paperwork, Cook heard voices in his head telling him to kill himself, so he took his anger out on Coronado.

Paperwork shows Cook admitted to stealing three phones and selling two of them for fentanyl and meth. 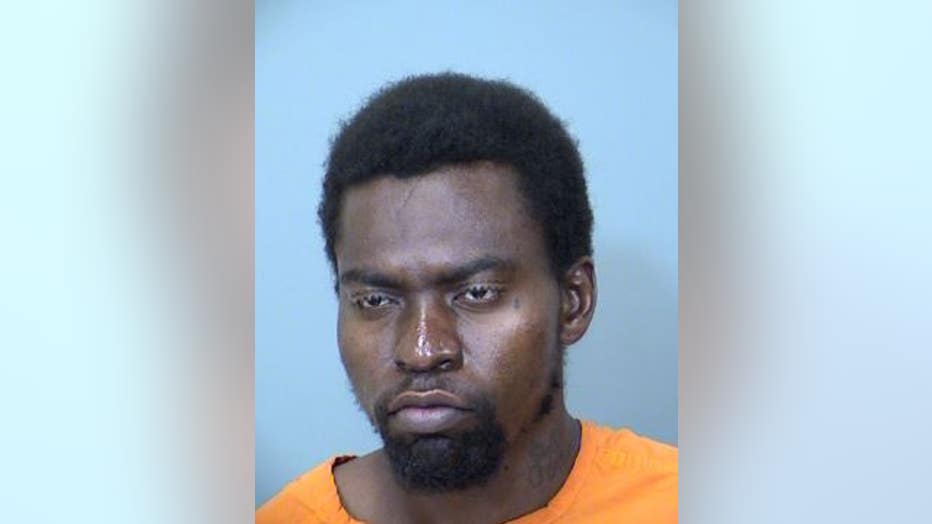 On June 8, we spoke with the victim in the incident, identified as Maria Coronado.

Coronado said Cook was watching her all day until she was alone, and that was when he allegedly came in and attacked her.

"You could just hear me screaming," said Coronado. "It just breaks my heart that no matter what I did -- I plead with him, I even told him I was pregnant just to see if maybe that he would stop, and he didn't. He just kept on going and going and going."

Coronado said she saw Cook looking inside the store several times before the attack. She detailed the injuries she suffered.

"I have several stitches from my eyebrow to my nose. I have two fractured nose bones, and obviously, my face has a lot of trauma to it," said Coronado.

Coronado said Cook was a regular customer. She said she was afraid he would kill her if she fought back.

"He was evil," said Coronado. He knew what he was doing. This was premeditated. He came four times the whole day, just seeing if there were customers, if I was alone. On Wednesday, he literally told a manager I’m going to come back and kill you."

Coronado claims no one called police about his prior threats.

"If they would have said something, they probably would have caught him and this wouldn’t have happened," said Coronado. "I don’t want to go back. It's just scary. We can't be alone."

We have reached out to Cricket Wireless for a statement, but we have yet to hear back. 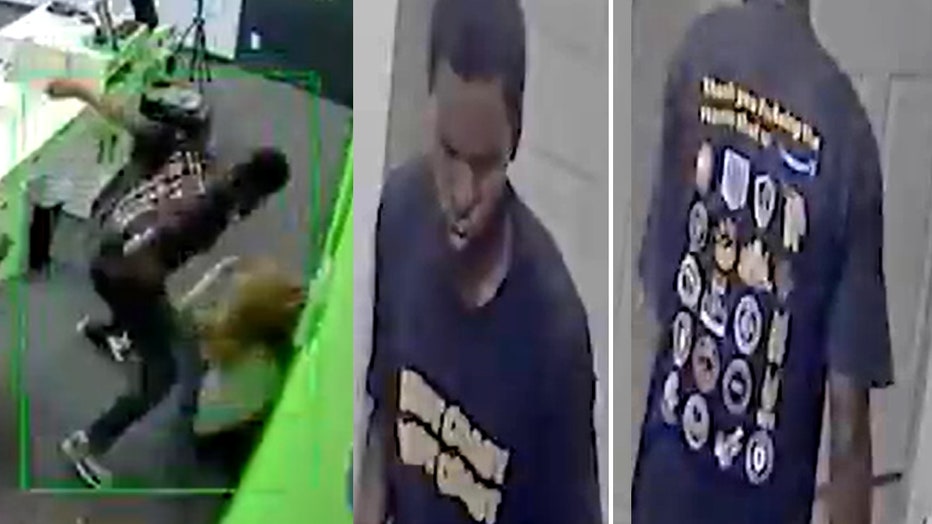 Police say they are looking for a man who was caught on video brutally attacking an employee before getting away with phones and cash from the store.  (Phoenix Police Department)