PHOENIX - Police are asking for the public's help in identifying an armed robbery suspect following an incident at West Side Shoes near 51st Avenue and Indian School Road.

Take a look at the surveillance video. On Oct. 17 at approximately 5:08 p.m., police say "the suspect committed an armed robbery by trying to steal items and pointing a gun at store employees." 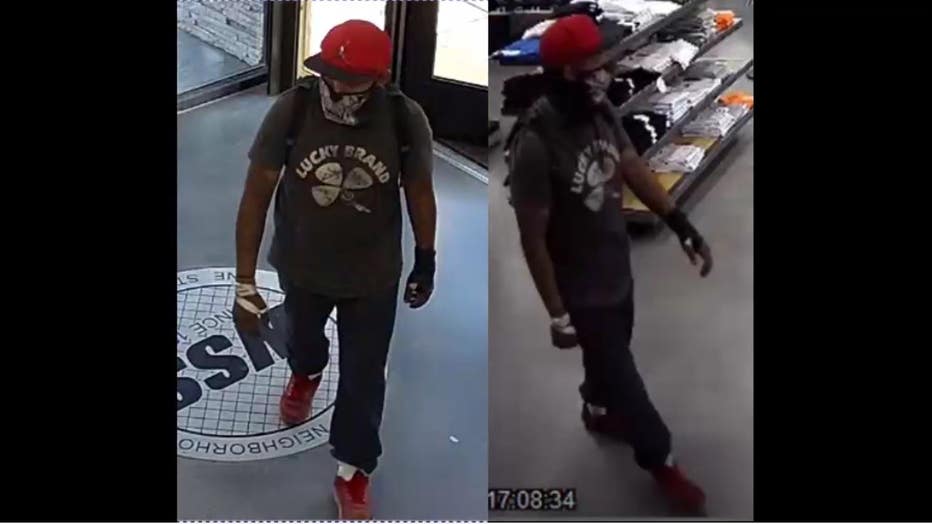 The suspect left the store and did not take any property.

He is described as a Hispanic male, approximately 30 years old, 150 pounds, with black hair, brown eyes. He has facial tattoos over both temples. At the time, he was wearing a red baseball cap, grey t-shirt with a white "Lucky Brand" logo on the front, dark blue pants, red shoes, and a black face mask. He had a black backpack and was armed with a handgun.

If you have any information about this case, call Silent Witness. You can remain anonymous and receive up to a $1,000 cash reward for tips leading to an arrest or indictment.