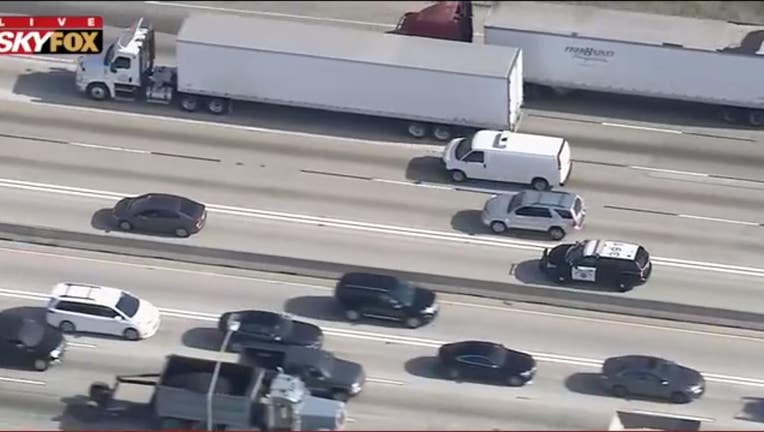 LOS ANGELES - A suspect is in custody after leading officers on an hour long chase from Carson to Rancho Cucamonga.

The pursuit was initiated by California Highway Patrol officers after a grey Honda Civic crossed a double yellow line.

Officers say they ran the vehicle’s license plate and it came back as stolen.

Multiple patrol cars were following closely behind the suspect in the carpool lane of the northbound 605 Freeway. The driver then merged onto the eastbound 10 Freeway and continued to drive at high speeds in the HOV lane.

Once in Ontario the driver exited off Haven Ave. and traveled down surface streets. SkyFOX overhead shows the driver slowly stopping at stop lights and signs as patrol cars continued to follow behind.

The vehicle eventually entered the parking lot of a medical building in Rancho Cucamonga.

The driver exited the vehicle and approached the front door of Aspen Family Medicine & Geriatrics and attempted to make entry inside the facility. 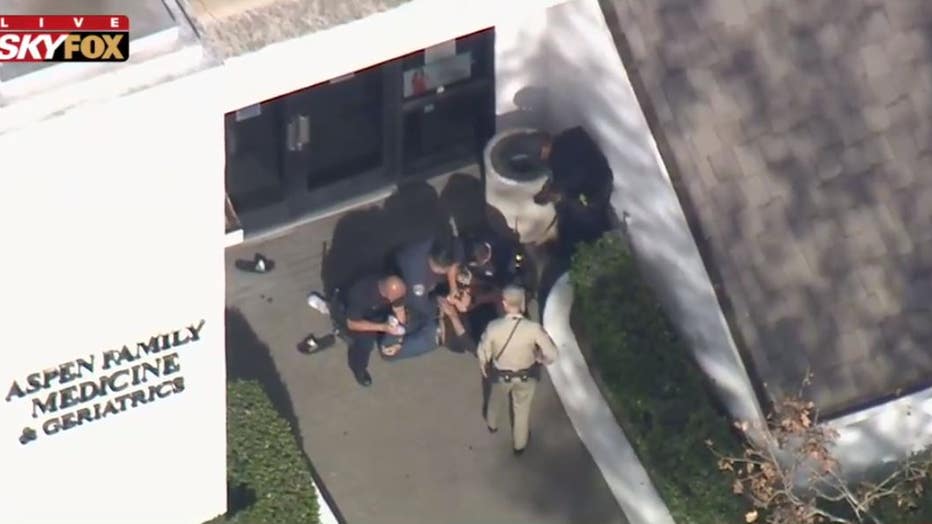 With guns drawn officers slowly approached the man, a K-9 was then deployed and took the suspect to the floor. Officers moved in and arrested the suspect.