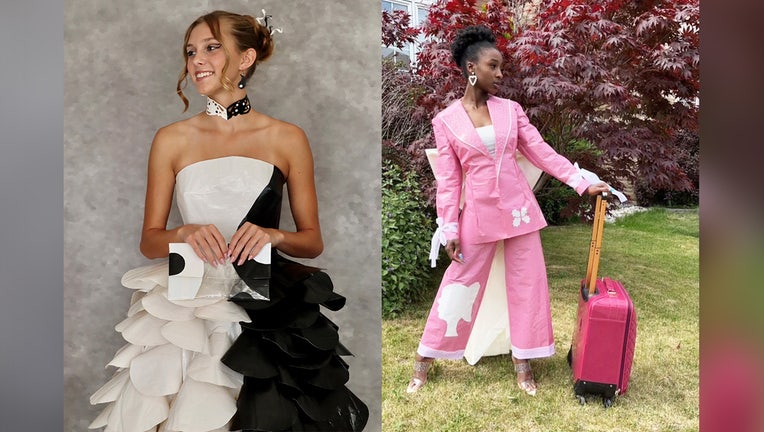 Meet Grace Vaughn and Chidinma Onwuliri — two high school students who won $10,000 each in college scholarships for making their prom outfits completely out of duct tape.

The two high school girls entered a contest put on by Duck Brand — Stuck at Prom.

The challenge was simple.

Make your own prom outfit out of Duck Brand Duct Tape and/or Duck Brand Crafting Tape.

Then — enter an image of yourself wearing the piece.

SHOP OWNER FINDS MYSTERIOUS NOTE ON DONATED PROM DRESS: ‘GIVE HER A CHANCE’ 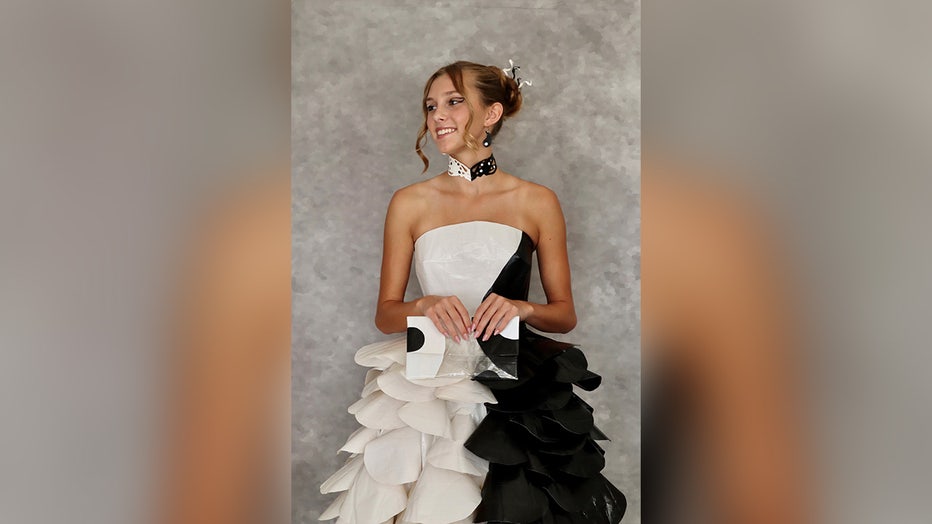 Grace Vaughn poses in her yin and yang-inspired dress.

Vaughn said the hardest part of making the prom outfit was figuring out how to start the project.

"I kind of just started making a simple sample of things that would fit me," she said. 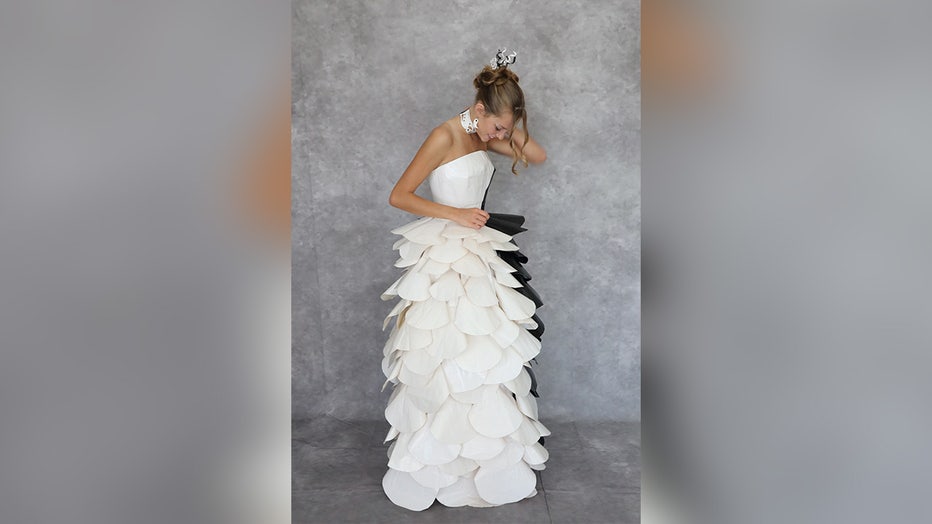 "It’s as if you were putting something together with actual material, you would sew them together, but this time you just duct tape them together."

CHICK-FIL-A TO INVEST $19M IN EMPLOYEE SCHOLARSHIPS IN 2021

This was Vaughn’s second time of entering the contest — and 45 rolls of duct tape later, her yin and yang-inspired dress was ready to try again.

"My friends [and family] were really supportive," she said. 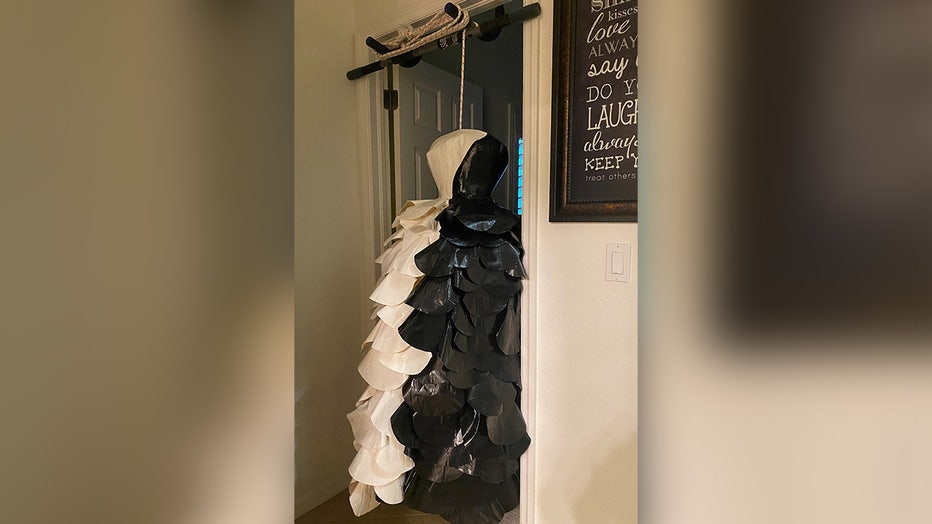 Vaughn's dress weighed 13 pounds and had to be suspended by a rope to retain its shape. (Grace Vaughn)

Krissy Vaughn, Grace's mother, said in a statement to Fox News Digital that she and her husband, Bryan Vaughn, are very proud of their daughter's creative endeavors.

"The way she designed and created her duct tape dress from start to finish was shocking to us," she said. 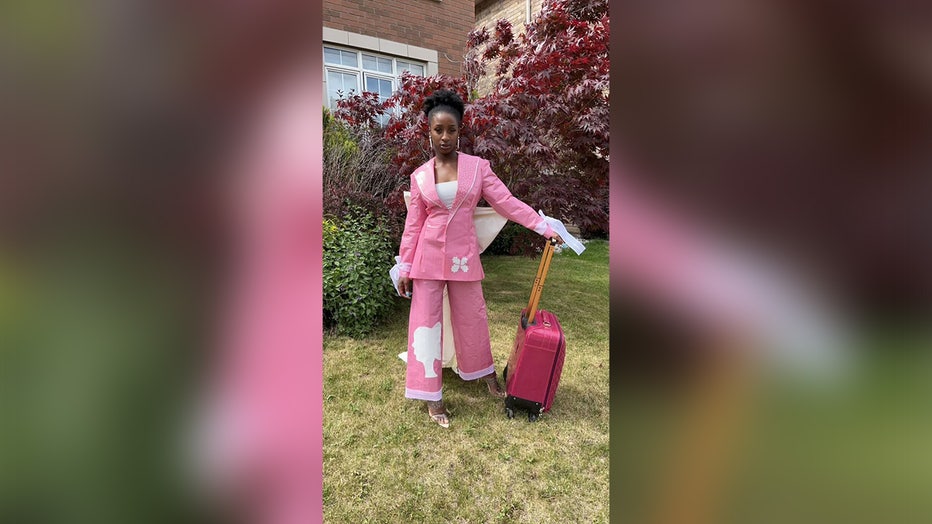 Onwuliri made this prom tux to bring out her tomboy side — and she created it completely from duct tape.  (Chidinma Onwuliri)

"We watched her work on it for about three months during her free hours from school and track practice — but still could not believe the end result when she came out wearing it."

Since the dress itself weighed 13 pounds, Vaughn didn’t actually wear the dress to prom.

The size of the dress made it difficult to store and keep its shape.

The high schooler hopes to attend the Savannah College of Art and Design (SCAD) in Savannah, Georgia, to study fashion design next fall. 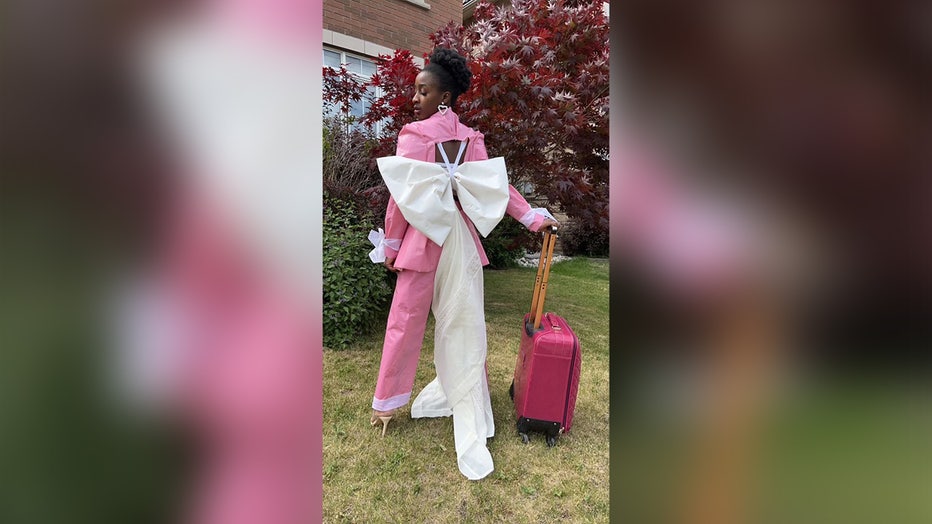 Onwuliri made this prom tux to bring out her tomboy side — and she created it completely from duct tape.  (Chidinma Onwuliri)

"The goal is fashion design. I have fun doing it and I always have," she said.

Onwuliri, who grew up with an older brother, described herself as a natural tomboy — and said she wanted to showcase both her masculinity and her femininity with this design.

"I couldn’t leave my spontaneous tomboy side out of my piece, so I decided to make a suit instead of a dress," she said in her contest entry.

"I am truly happy for the opportunity to present this piece to the world as well as the message I wish to share through it," she also wrote.