Thanks to snow up north, Valley ski shop sees rise in customers

All that talk of snow in making people excited to hit the slopes, and a Valley ski shop is seeing some extra business as a result. FOX 10's Stephanie Olmo reports.

PHOENIX - All the snow talk is making people excited to hit the slopes, and with Snowbowl now open and already off to a good start, a Valley business is also seeing some increased business.

People are rushing through Ski Pro, located near 24th Street and Camelback Road, to gear up for the snowy season. The shop has seen a huge demand, with some even lining up outside the store before they open.

Store Manager Steven Andrews says this is only the beginning.

"We're expecting more costumers more people in, more people getting on the mountain and just having a ball out there," said Andrews.

From first-timers to extreme athletes, Andrews says there's a little bit of everything for those wanting to hit the slopes.

If you're a first-timer yourself, Andrews says it's like riding a bike.

"Even if you fall and you're smiling, you're having a blast 'cause you're gonna know that you're gonna get better at the end of the day," said Andrews.

Overall, Andrews says most of them are just excited for the snowfall.

"We get people coming in like, 'Yo, I'm ready to go. I'm itching to go', and you got others that are going for Thanksgiving. So, it's a great snowy Thanksgiving situation and everyone is just wanting to get out there on the mountain to have some fun," said Andrews. 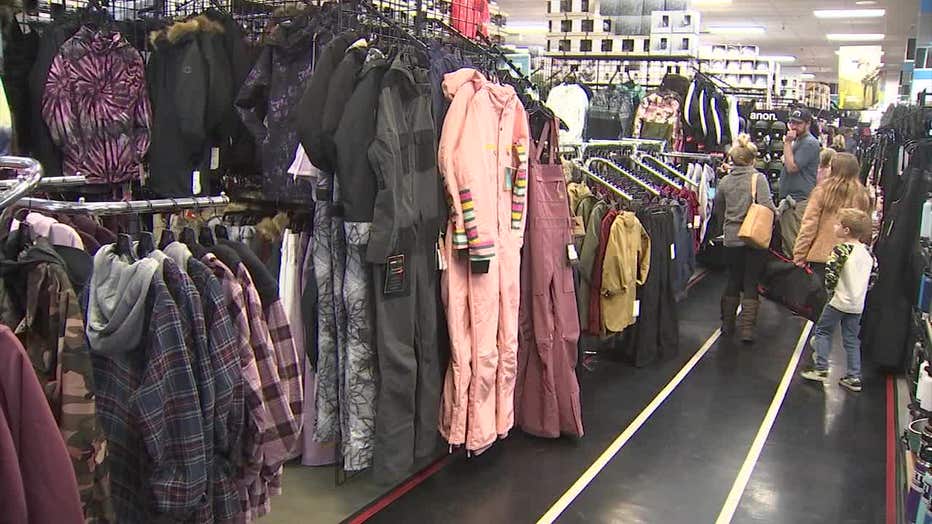