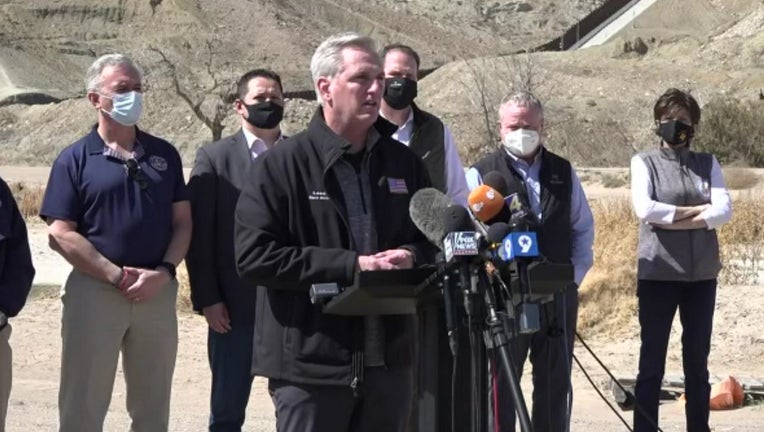 A group of congressional Republicans are hoping their trip to the U.S.-Mexico border on March 15 will draw the attention of the White House.

U.S. Customs and Border Protection has reported a surge in migrants attempting to cross into the United States, thousands of them are children.

"This is a human heartbreak. The sad part about all this.. it didn't have to happen."

The Republicans say the situation has become a crisis and they allege the Joe Biden administration won't admit it.

"We recognize this is a big problem. The last administration left us a dismantled and unworkable system and like any other problem, we are going to do everything we can to solve it," said White House Press Secretary Jen Psaki.

The Federal Emergency Management Agency has been called in by the administration to help handle the influx of migrant children.

"FEMA is there to help ensure that the people who are at the border, who are coming across the border have access to can to H-H-S and O-R-R shelters," said Psaki.

According to a memo, the Dallas Convention Center will be used to house thousands of migrant teenagers over the next 90 days.

The Republicans allege the Biden administration has caused a human tragedy by relaxing the last administration's immigration policies.

And, they say President Biden has given the migrants false hope and left them susceptible to human trafficking.

"This crisis is created by the Presidential policies of this new administration. There's no other way to claim it than a Biden border crisis," said McCarthy.

The Republican delegation says they have been told by border officers that some of the migrants are not even from Central America, but instead, from the Middle East, Sri Lanka, and Haiti.