DES charging interest on Arizonans who were overpaid on unemployment benefits

For many, it was lifeline when COVID-related economic disruptions began to kick in. Now, state officials are asking some people who were given more unemployment benefits than they were eligible for to pay it back, with interest. FOX 10's Steve Nielsen reports.

PHOENIX - For the last couple of years, people have heard about thousands of Arizonans being forced to pay back unemployment despite doing nothing wrong.

After startling numbers revealed last month on the millions the state is seeking, an Arizona Senator is getting involved and trying to help those who need it.

Here's what you should know about the situation.

Why are people being made to pay back their unemployment money?

"If benefits have been paid and the claimant is later found not eligible, the Deputy issues a Determination of Deputy on the facts surrounding the existence of an overpayment and the cause such as fraud, non-fraud, or administrative. This decision will result in a subsequent Determination of Overpayment," read a portion of the website.

Why are there different categories of overpayments?

An administrative overpayment is described as "an unemployment insurance overpayment that is created without any fault on the part of the claimant." It can be caused by a number of reasons, including:

A non-fraud overpayment is described as "an unemployment insurance overpayment that is created because the claimant unintentionally gave incorrect or incomplete information to the Department."

Like, administrative overpayment, it can be caused by a number of reasons, including:

"Even though the claimant did not intentionally cause the overpayment, it was still caused by the claimant, so it is considered the claimant’s fault," read the Department of Economic Security's website on its overpayment policy.

A fraud overpayment, according to DES officials, means an overpayment that was created because the claimant "knowingly misrepresented or concealed material facts in order to obtain benefits to which the claimant was not lawfully entitled."

How many Arizonans are affected?

Tens of thousands of Arizonans have learned that they have to pay back their unemployment to DES, due to no fault of their own.

What are people affected by this saying about their situation? 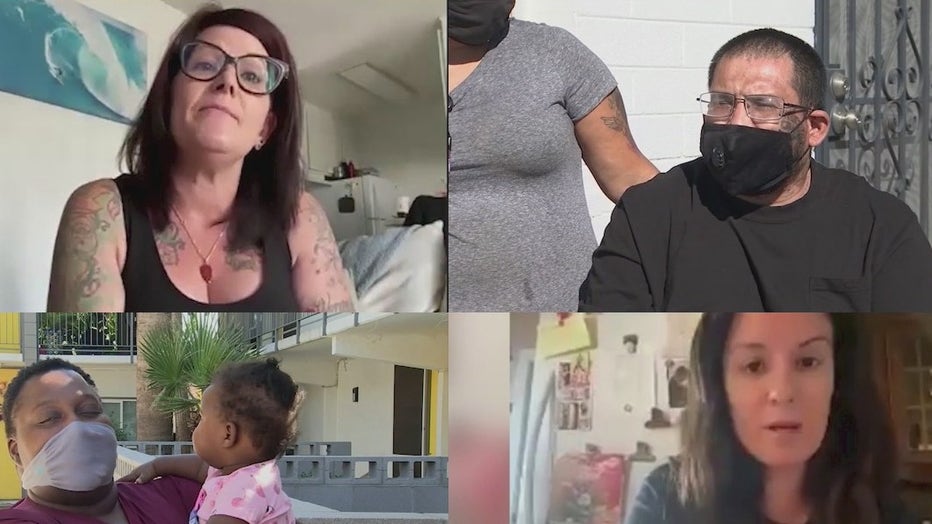 "I asked all the questions, I told them what was going on, my background, and they said I qualified only to find out three years later I owe it all back," she says.

Kim Smith also was asked to pay it back.

"I’m like, that’s your guys’ fault. I didn’t do that. Transfer it to my regular claim," Smith says.

William Ramirez says he needed the money when he had a little over $3 in his bank account.

"You’re disappointed when you know you’ve done everything correctly," Brandi Lee says, who also filed for the funds. 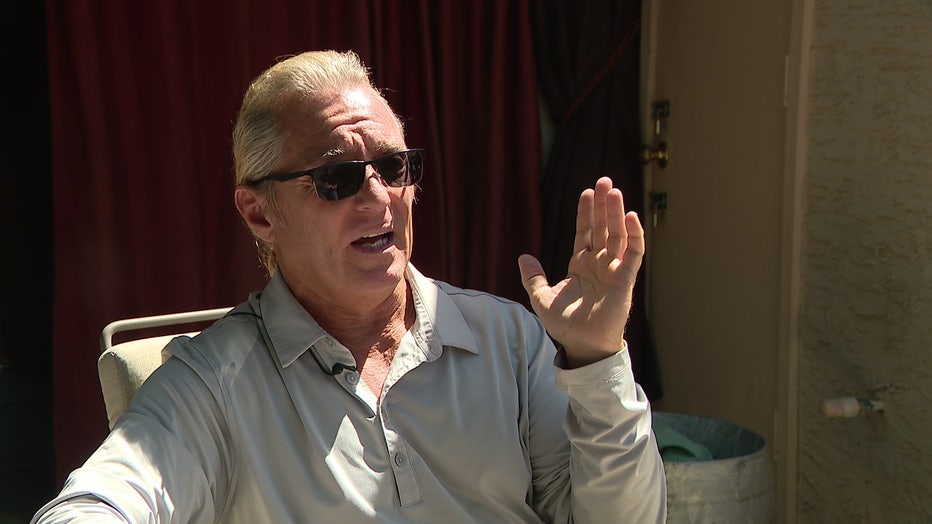 Walter Dolan said he received a letter from DES, saying that the state made a mistake, and that he now owes all the employment money he received in 2020: nearly $25,000.

"At this point, you'd have to come take the keys out my hand to get that kind of money," said Dolan

Dolan is also facing interest payments, racking up nearly $60 every month. It is noted in fine prints that "interest does not apply to federal unemployment overpayments."

"It's almost laughable at this point, right?" said Dolan.

In earlier statements, DES officials said they were following federal requirements, and are working to "minimize the impact of overpayments whenever possible."

"I think it's a little further than salt in the wound," said Dolan. "They're walking up to the wound, ripping it open a little more, and making sure when the salt goes in. It will really hurt."

What can DES do to recoup the payment?

The agency can withhold state and federal income tax returns, as well as child support, to recoup the overpayments.

In the case of Dolan, his tax returns this year was withheld by the state, and applied to his balance.

DES officials, however, also note that the department is "sensitive to the impact overpayment situations can have on claimants."

"Claimants with overpayments are able to enter into a repayment plan with the Department to repay the overpayment amount over time," read a portion of its Aug. 30 statement.

Are politicians doing anything about this?

State Senator Theresa Hatathlie says many of her constituents are impacted.

"They're confused and many are just stumped and trying to figure out how they're going to pay these extraordinary amounts of money," State Sen. Hatathlie said.

She's now getting involved and asking anyone who needs help to contact her office to make sure the numbers add up and all appeals are filed.

"There are individuals out there who are hurting, not just physically, mentally, and emotionally, but also in their pocketbook. All we're saying is, slow down and let's take a look at these numbers," State Sen. Hatathlie said.

The following statement is from DES, in its entirety:

Please note that claimants may receive multiple Notices of Overpayment. In instances where a PUA claimant experiences overpayment, an overpayment notice is produced for each unemployment program paid. For example, during the pandemic, individuals generally received a weekly payment that included both the base PUA benefit and an additional Federal Pandemic Unemployment Compensation (FPUC) benefit. For weeks in which an overpayment is established, a separate overpayment notice will be created for both the PUA and FPUC programs.

We are committed to collecting overpayments following federal requirements and guidance by the U.S. Department of Labor as it is updated, while continuing to work with individuals and families in unique circumstances to minimize the impact of overpayments whenever possible. Our priority during the COVID-19 pandemic was to establish the PUA program and issue benefits to Arizonans in need of assistance. After launching the new system in 2020, we worked diligently with our vendor to implement the functionality required to establish and collect improperly distributed benefits. DES began issuing Notices of Overpayment for the PUA program in January 2022.