Republican Rep. Adam Kinzinger from Illinois became visibly upset as he addressed the Capitol Police officers testifying before the House Select Committee investigating the Jan. 6 insurrection. Kinzinger called on his GOP colleagues to stop the partisan outrage and conspiracy theories about the Capitol riots when the "American people deserve the truth."

According to notes penned by Richard Donoghue, who was deputy to then-Acting Attorney General Jeffery Rosen, Trump urged the Department of Justice to declare the results of the election "corrupt" during a Dec. 27 phone call.

"Just say the election was corrupt and leave the rest to me and the R. Congressmen," Trump said on the call, according to Donoghue.

In the final weeks of his presidency, Trump claimed widespread voter fraud cost him the 2020 election.

Before the end of his term the next month, a mob of Trump supporters stormed the Capitol on Jan. 6 and disrupted the Congressional counting of the electoral ballots.

The mob spent much of the day in front of the White House where Trump and other allies repeated the same false claims that widespread fraud cost him the election.

Federal and state elections officials have spent months debunking those claims. Judges, including some appointed by Trump himself, have done the same — as did former Attorney general William Barr before leaving office.

Barr was replaced by Rosen just days before the Dec. 27 phone call. Trump complained that people were "angry" with the DOJ for not taking action, claiming that "we have an obligation to tell people that this was an illegal, corrupt election." 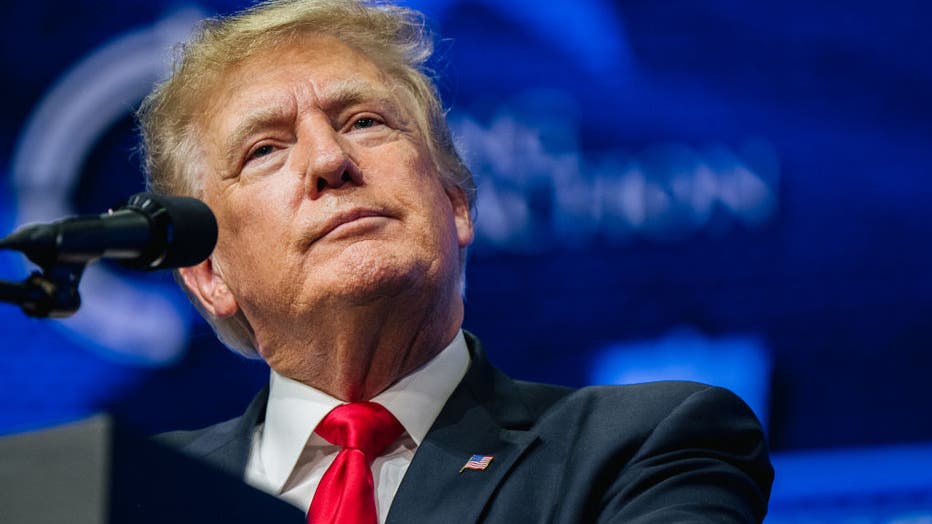 DOJ officials told Trump the department had investigated the allegations but there was no evidence to support them.

At one point in the conversation, the notes show, Rosen told Trump that the Justice Department "can’t + won’t snap its fingers + change the outcome of the election, doesn’t work that way."

Trump responded by saying: "Don’t expect you to do that, just say that the election was corrupt + leave the rest to me and the R. Congressmen," according to the notes.

"These handwritten notes show that President Trump directly instructed our nation’s top law enforcement agency to take steps to overturn a free and fair election in the final days of his presidency," said Rep. Carolyn B. Maloney, who chairs the committee.

This week, the DOJ authorized six witnesses to appear before the committee and provide "unrestricted testimony."

"The Committee has begun scheduling interviews with key witnesses to investigate the full extent of the former President’s corruption, and I will exercise every tool at my disposal to ensure all witness testimony is secured without delay," Maloney said.

This story was reported from Atlanta. The Associated Press attributed to this report.