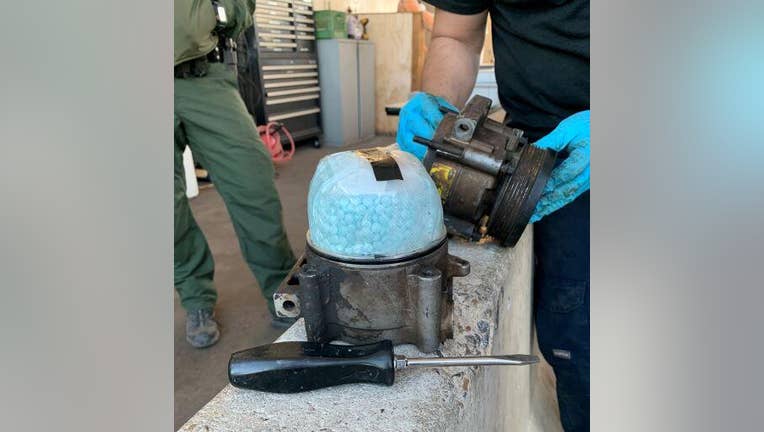 TUCSON, Ariz. - A Tucson Border Patrol K-9 was able to detect fentanyl hidden inside of a car's air conditioning unit at an immigration checkpoint on Dec. 1, officials say.

Officials said a car had pulled up to the Interstate 19 Immigration Checkpoint near Amado, Arizona Tuesday afternoon, and the K-9 alerted Border Patrol agents to the car during an "open air sniff."

Further investigation revealed that 1.5 pounds of fentanyl hidden inside of the sedan's AC unit. Agents also found a GPS tracking device, which may have been used to track the smuggler's location.

The drugs had an estimated street value of $16,000, and the driver was arrested on federal drug smuggling charges.

The identity of the driver was not released.