Two dead in 4-car crash in Mesa; US 60 closed at Country Club

MESA, Ariz. - A Queen Creek man is facing manslaughter charges for allegedly driving impaired and causing a multi-vehicle crash in Mesa that killed a van driver and a motorcyclist, according to authorities.

The eastbound lanes of the US 60 closed at Country Club Drive after a deadly crash early Saturday morning, according to the Arizona Dept. of Public Safety.

Four cars were involved, and two people died in the collision, officials said.

DPS officials said the car Badillo was driving struck another vehicle on U.S. 60 about 1:30 a.m. Saturday.

They said a motorcycle struck one of the cars and a 48-year-old rider was ejected and died of his injuries.

The 60-year-old driver of a van lost control of his vehicle and struck the concrete median wall and died at the scene, DPS officials said.

It was unclear Monday if Badillo has a lawyer yet who can speak on his behalf. 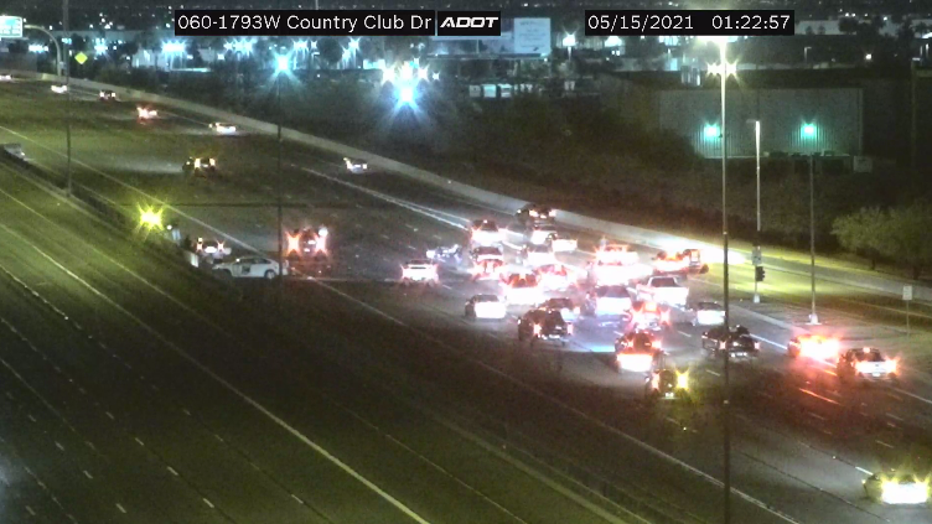