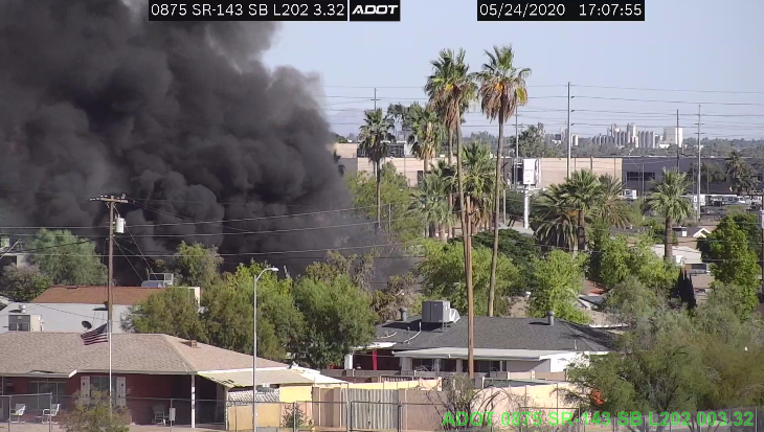 A plume of smoke was seen for miles in the valley Sunday night as crews battled a double house fire in Phoenix. Sadly, several dogs passed away in the fire.

The plume was seen near SR-143 and Washington Street, close to Loop-202, according to the Arizona Department of Transportation. The fire was at Fillmore and 48th streets, the Phoenix Fire Department said.

As crews began to fight the fire, they were told seven dogs were in one of the houses. "Fire crews successfully rescued four of the dogs, after fire control the remaining three dogs were found, unfortunately they had already passed," the department said.

A man had minor burns to his forehead and arms. He will be OK.

Crews will remain at the scene for the night to make sure the fire is completely put out.

Two families are displaced and the Red Cross and Phoenix Crisis Response will help them with resources.

No firefighters were injured and the fire is under investigation.

"Please do NOT stop on the shoulder to look - shoulder parking is for emergencies only," ADOT said in a Tweet.