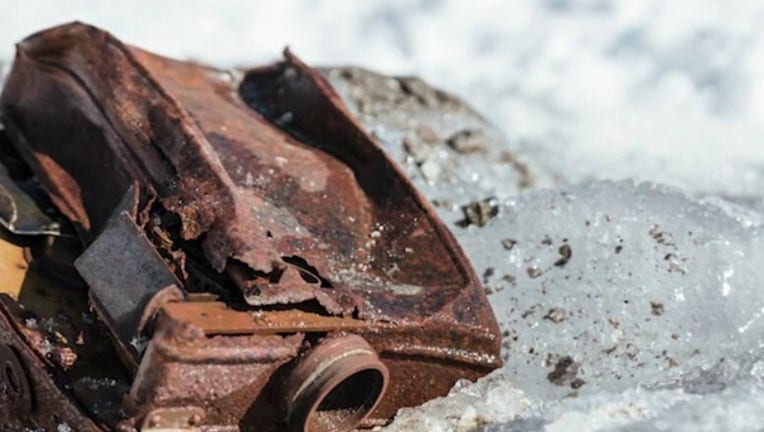 Griffin Post thought he would go home empty-handed after trying to find cameras left behind in North America's Yukon wilderness 85 years ago.

Post and a team were on the hunt for cameras and gear left behind by a legendary photographer back in 1937.

"Bradford Washburn is a legendary photographer, particularly in mountaineering circles. He is responsible for mapping and photographing a lot of Alaska and the Yukon," Post explained.

Washburn was said to have left his cameras and gear behind after the weather got too treacherous, and he was forced to hike to safety.

And it wasn't until this past August that his team found the cache.

"I'll remember it for the rest of my life," Post said. "It just so happened to be the very last day of our trip in the 11th hour."

There, covered in ice and snow, laid a large camera.

"To find the remnants of this expedition is just, you know, kind of uncovering a piece of history," Post said.

Glaciologist Dr. Dora Medrzycka, who was working with Post, said that they initially had issues with finding the cameras since satellite data only spanned back 20 years. But once they were out exploring the glacier, it was then that she could see the pattern of debris and eventually determined the location of the cameras.

"It's a huge glacier, and we're looking for this tiny, tiny thing," she explained. "I sort of found the same pattern in those surges, and that's how, in the end, I had the idea to get a new estimate."

Post and Medrzycka have sent the cameras to conservation specialists with the hopes of retrieving images from the decades-old film.

Read more of this story from FOX Weather.