PHOENIX - Leighton Accardo plays baseball and hockey and is also a fighter, undergoing chemotherapy at Phoenix Children's Hospital. She and her hockey team have been collecting food items to give to patients and their families.

Leighton and her team, the Arizona Hockey Union Knights, collected so much food they needed a U-Haul truck to deliver it to the hospital. It will help feed families that have to stay awhile.

"Usually they have taco Tuesdays in there and they usually don't have food in the rooms so I'm hoping to get them food in the family rooms," said Leighton.

The kids showed up in force, filling up bins and carts to the brim. It took several trips to empty the truck. 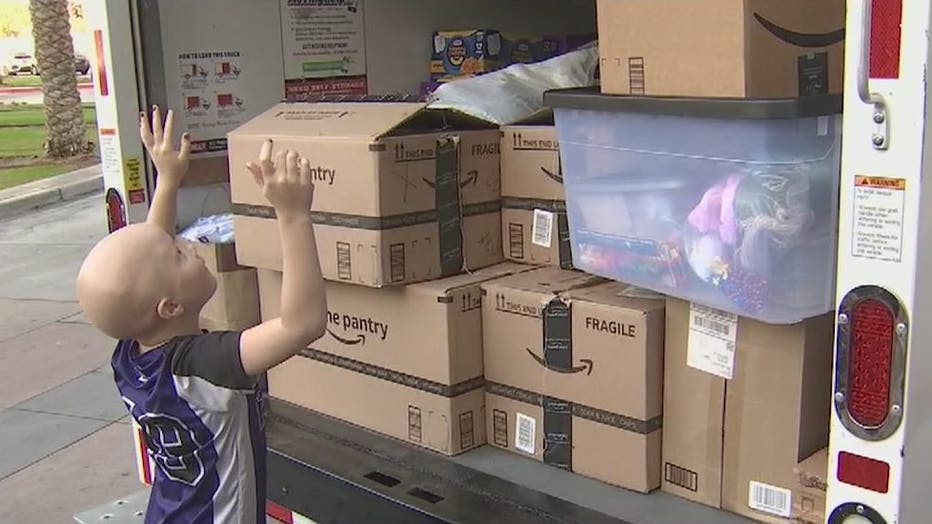 She's spent a lot of time there since doctors discovered several germ cell tumors in Leighton's abdomen and upper body last year. Leighton had surgery but doctors couldn't remove all the tumors. Leighton has to stay a week at the hospital every month for chemo.

"I just don't like getting my chemo because then I usually can't go downstairs," says Leighton.

While the chemo drains her energy, it hasn't diminished her strength. She's fighting cancer and giving back at the same time.

Leighton will continue chemo and must have a second surgery in the near future. Her family is hoping she'll win this battle and get back on the ice soon.