As Iranian officials say they attacked U.S. bases in Iraq in retaliation for a U.S. attack that killed an Iranian general, a local military family is on edge tonight. FOX 10's Matt Rodewald reports.

PHOENIX - There is growing concern Tuesday over what response, if any, the U.S. will have regarding the missile strikes against U.S. bases in Iraq by Iranian forces.

One Valley family said their grandson, identified as Private First Class Wyatt Meier of Mesa, was stationed at one of the areas affected, but it's unclear which base that is.

"My daughter-in-law says that their unit got shelled," said Junior Meier, Wyatt's grandfather. "I don't know what that means, but it didn't sound good to me."

Wyatt will turn 24 on Friday. Besides Junior's grandson, Wyatt, Junior's son followed suit as a Navy SEAL a generation ago.

"I always wondered, what's he doing, what's happening. I know he's all over the world, and you feel like you have no control whatsoever," said Junior Meier, who grew up in a military family.

Iran's attack on Tuesday has brought the two nations closer to war, and it also brings a reminder that Americans might be feeling alone while in harm's way.

"We are an organization that sends care packages to our service members deployed all over the world," said Courtney Jones with Packages From Home.

Packages From Home held a volunteer event in the Valley Tuesday. It's an organization that Junior first started helping back in 2010.

"Now more than ever, I think it's extremely important to continue to do what we do at Packages From Home, and that is 'support our military'." said Jones.

"It's just so darn important to get support like that from home," said Junior. "They're just out there, isolated. Any small thing like that becomes very important to them." 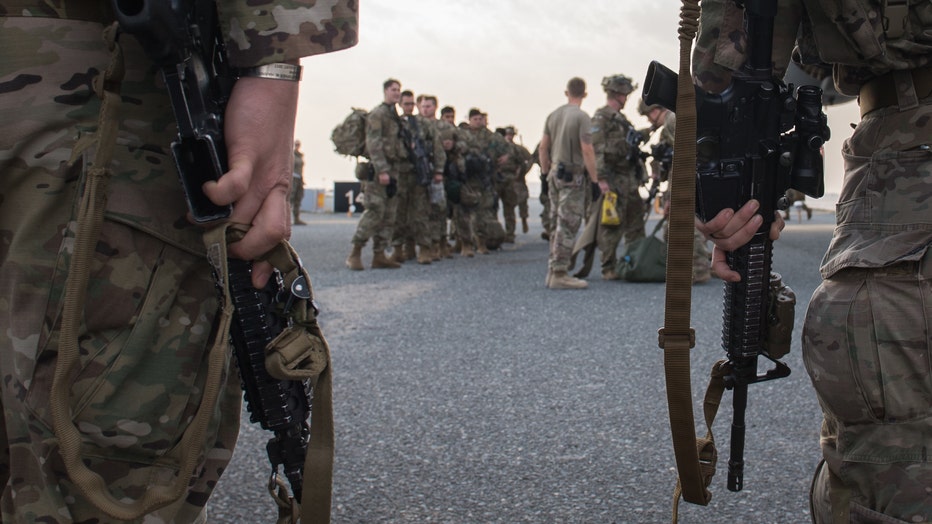