A mother is sharing heartbreaking images of her daughter inside the intensive care unity of a valley hospital and she says her daughter ended up there from her vaping habit. FOX 10's Jennifer Martinez reports.

PHOENIX - A 16-year-old girl is currently being treated in the Intensive Care Unit at Phoenix Children's Hospital after being found unresponsive due to a vaping-related illness.

Betty Ford, the teen's mother, says she was told by her daughter's friends she had been vaping for the past two years, and she had no idea.

"Devastated as a parent, I feel like a total failure," said Betty Ford.

It's been a rough week for Betty. Her 16-year-old daughter Samantha was rushed to the hospital last Tuesday after being found unresponsive on her bed by her friends.

"They thought she was playing possum and they started to holler because she was gurgling and she seemed stiff and I said call 911," said Betty. "I tried to get her off the bed but she was pretty much lifeless. I tried to do CPR but I couldn't because there was so much mucus and fluid coming from her mouth."

Doctors told Betty it was caused by vaping.

"They found lots of vapes in her room when the police officers looked in there," explained Betty. "Nicotine in the oils and doctors mentioned that if they were off-market vitamin E oils they are very dangerous when heated up."

Betty tells FOX 10 that Samantha's lungs were bleeding and she went into cardiac arrest. Her heart is only at 30 percent.

"They first had her on life support and this morning they took the tube out, it's just been step-by-step, it's better," said Betty. "It looks like she is going to be ok." 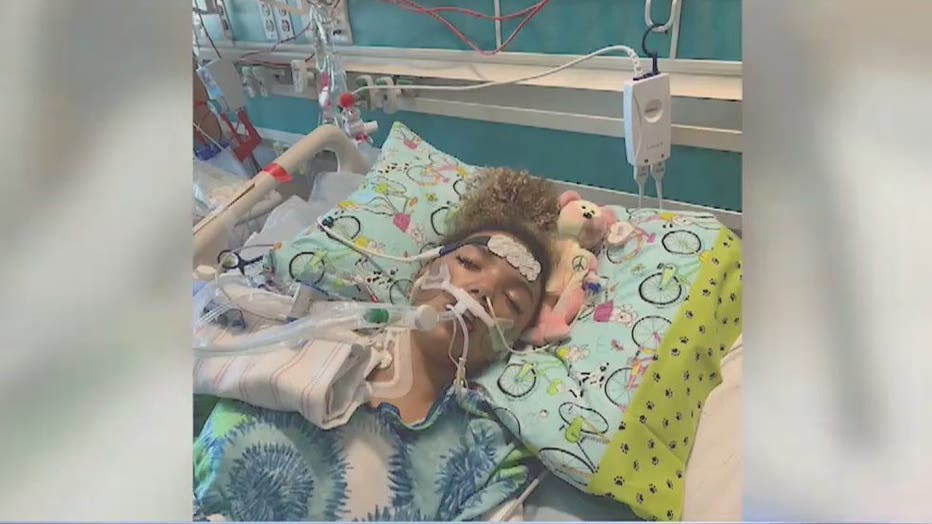 Betty is now hoping Samantha's friends will get the message on how dangerous black market vapes actually are.

"I'm thinking that maybe seeing her this way might wake them up and that it can happen," says Betty.

Doctors say Samantha will be at Phoenix Children's Hospital for at least the next five weeks as they try to determine how much damage was done. Monday was the first day that she has been able to communicate.