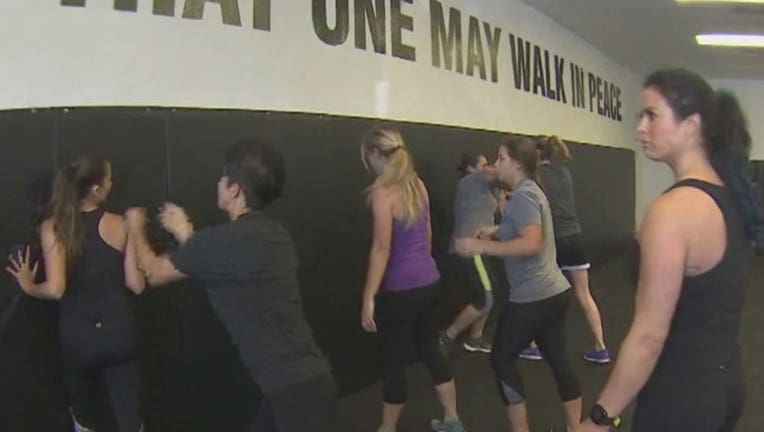 PHOENIX (KSAZ) - More and more women are taking action to protect themselves.

"I actually had a couple of situations where people threatened my life and I was terrified," Braidy Hunt said. "I didn't know what to do."

Hunt says that's no longer a problem after taking classes and now instructing them at Krav Maga in Tempe.

"A home invasion, walking to your car, getting robbed, anything like that," he said. "The biggest thing is you can hopefully get away safely just by having these techniques in your back pocket."

They practice the same techniques so often that protecting yourself becomes second-nature.

"Muscle memory; we drill these things so many times that if somebody touches me, it's just an instant," he said.

Derek Hofrichter says the moves make you stronger in every aspect of life.

"The number one thing that anyone gets from self-defense training is increased self confidence; someone who is more confident is less likely to get attacked," he said. "They typically stand different, look different, they look around different, they use their voice in a more commanding way."

He says taking even one class can make you less likely to get attacked and participants say it becomes addicting.

"Even if you're just a little bit curious, come and give it a try because you never now what you're capable of before you try it and you may discover a side of yourself you didn't know existed," she said.