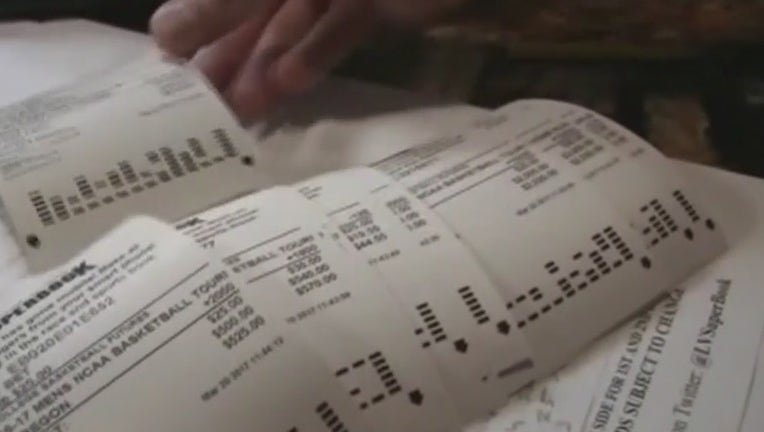 PHOENIX - Sports betting is now just a signature away from becoming reality in Arizona after the bill was passed by state lawmakers Monday night.

In the meantime, future sports betting sites are already making plans as the bill would legalize sports betting at casinos, at or near sports venues, online and on apps.

The bill also allows for fantasy sports betting and keno, but it’ll be another few months before you can start placing bets.

Watching a Diamondbacks game is about to become more exciting for some fans now that Arizona is set to join more than 20 other states in legalizing sports betting.

The Diamondbacks have already planned to launch a gaming app and open up a sportsbook outside of Chase Field.

"It’ll be like a lounge, it’ll be a sports bar, the ability to go up to a window and place your bets there. Or if you’re not in there, if you're in the vicinity or at the game, then you can access the wagering through the app," explained Derrick Hall, Arizona Diamondbacks CEO.

The new sportsbook could potentially open before the end of baseball season.

"We’ve been interviewing operators for a while and we are very close to making an announcement," Hall said.

Republican lawmaker, Jeff Weninger, who co-sponsored the bill, says the state must first finalize a new gaming compact with the state’s tribes and that must be signed off by federal officials in Washington D.C.

"We think that will all be finalized in July, which basically means we think by the start of the NFL season, you’ll be able to start placing wagers," Weninger says.

There would be several different ways people could place bets.

"Casinos will be able to allow sports wagering, and there will be 10 licenses outside of the casinos. The sports franchises will have those, along with NASCAR and the Phoenix Open," he explained, adding, "Fantasy sports kiosks, up to two allowed in limited places. That will be racetracks and fraternal clubs, that would be your VFW's, American Legions ... then there’s another component of the bill that allows keno. It’ll allow keno at racetracks, off-site betting places and at these fraternal clubs."

It would still be illegal, however, to bet on college sports, which remains prohibited under NCAA rules.

Ducey’s office has indicated that the governor could sign the bill before the end of this week.

Sports betting could soon become legal in Arizona as the bill was passed by the Senate and now heads to the governor's desk.