According to the Rural Metro Fire Department, firefighters responded to a mobile home on fire near Signal Butte Road and University Drive just after 1 a.m.

"She got up, probably smelled smoke, came out... there was a fire," Ray Randall said.

Randall says at that point, his friend and neighbor, Sherry, got her husband, Jerry, and told him to get out of the burning mobile home and move their van.

"She may have tripped, who knows, but she never come [sic] back out," Randall said. 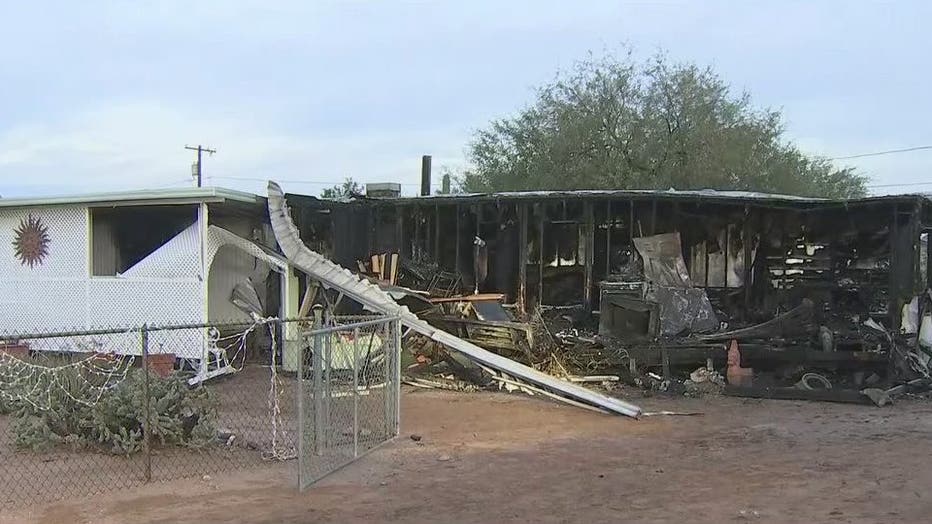 "He was like a straight ahead, wasn’t moving at all -- he kept saying, 'oh my God, oh my God. I thought she was out of there,'" Kathy Page said.

The flames, according to Page, were too intense for Jerry to go back in for his wife.

"It was intense, flames were bursting through the front of the end of the trailer, smoke was just billowing everywhere," Michael Brooks said.

Brooks took cellphone video from his driveway and says he stood in the same spot a few days ago, chatting with the couple. 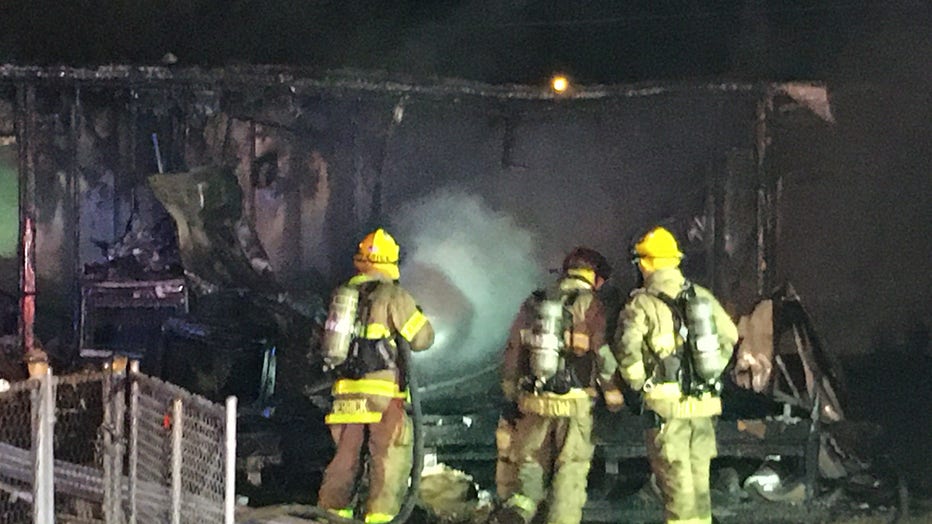 "She was just a precious lady, she had a real bubbly personality and the kind of lady you would want to be around," he said.

"They were just at my house two hours before and she was telling him that she wanted more Christmas lights up and he was telling her, 'no, it's too much as it is,'" Page said.

Page worries the lights may have started the fire. Investigators from the Maricopa County Sheriff's Office are working to determine the exact cause.

Those who knew her best are struggling to deal with the loss of a friend and hero.

"Let me tell you, I'm a pastor -- this whole thing is a reminder of how fragile life is, no matter how you prepare," Randall said.