"It was during these contacts that Sedona Officers learned this person had a revoked driver’s license where she was not allowed to drive a motor vehicle," a news release read from the Cottonwood Police Department.

Hours went by and officers saw the same woman driving a Subaru Crosstrek and tried to stop her. She didn't stop, police say, and she drove out of Sedona, so they stopped pursuing her and instead called Cottonwood Police to ask for help.

"Cottonwood Police located this vehicle traveling southbound on State Route 89A near Bill Gray Road. Officers initiated a traffic stop on this vehicle where they attempted to stop it near SR 89A and Rocking Chair Ranch Road. The driver did not respond to Officers attempting to stop the vehicle. The driver proceeded by failing to stop at a red light at SR 89A and State Route 260. The driver nearly collided with several other vehicles when running this stop light. It was at this time Cottonwood Officers initiated a pursuit and the vehicle proceeded northbound on South Main Street," authorities explained.

When stopped at a red light, officers tried to get her out of her car, but she kept going once the light turned green.

The driver continued on Main Street where it continued to drive recklessly. Due to Officers' safety concerns for the public, the pursuit was terminated," police said, "… presenting a serious danger to the public and showing no regard for life."

Once she got to Clarkdale, officers say they saw her driving the wrong way, so they deployed stop sticks and her tires deflated.

"As the vehicle de-accelerated near SR 89A and South 6th Street Cottonwood Police successfully completed a P.I.T. (Pursuit Intervention Technique) causing the vehicle to spin and come to a stop," police explained.

The driver, however, tried to escape by backing into one of the police cars, causing serious damage. "Cottonwood Police were able to pin the vehicle in with their units and apprehend the suspect without further incident," police said. 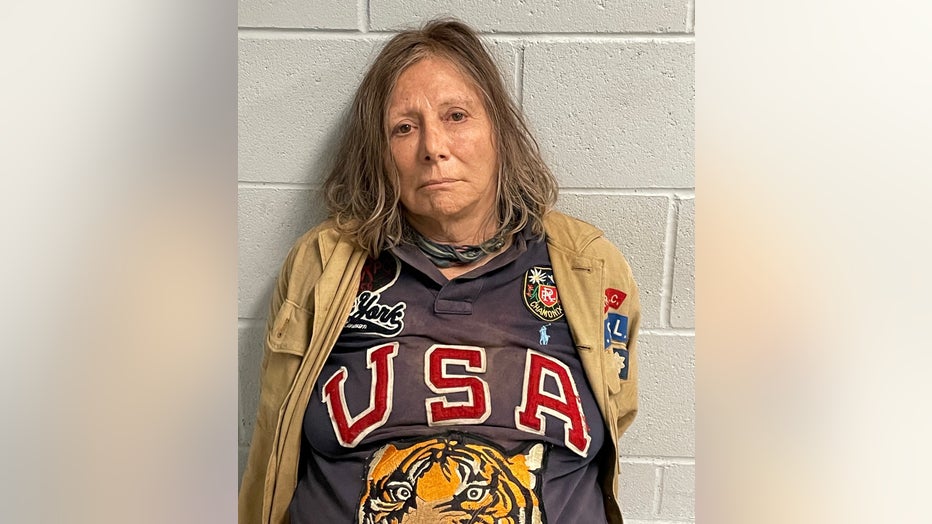 The driver is Laura Duffy, and there were no other people in the car.

Authorities say Duffy was stopped on June 30 of this year in Flagstaff on suspicion of obstruction of public thoroughfare and driving the wrong way on I-40.