A bold break-in incident in a Phoenix neighborhood that happened while a woman was sleeping has left her traumatized. FOX 10's Justin Lum reports.

PHOENIX - A bold break-in incident in a Phoenix neighborhood that happened while a woman was sleeping has left her traumatized. Meanwhile, police are searching for the man she says stole her car.

The woman, who wants to remain anonymous, lost her car and says she's never seen this man around before, but the way the suspect walked into the home seems like he knew exactly what he wanted

"Some stranger is just touching your house, living his best life in your house, and you're unknowingly sleeping," said the woman.

Surveillance video from the home shows a man casually looking around the dining room just after 5:00 a.m.

"It looks like he lives here," said the woman. "He looks nonchalant. He's turning lights on."

The suspect was seen grabbing the woman's bag, but that's not all he took.

"He knew where the spare keys were, which were not in a typical location," said the victim. "The police were surprised he knew to look here."

The victim also said the man had the audacity to go through her fridge before he did much worse.

"At that point, I heard a huge crash, which was him backing through my garage door," said the victim. 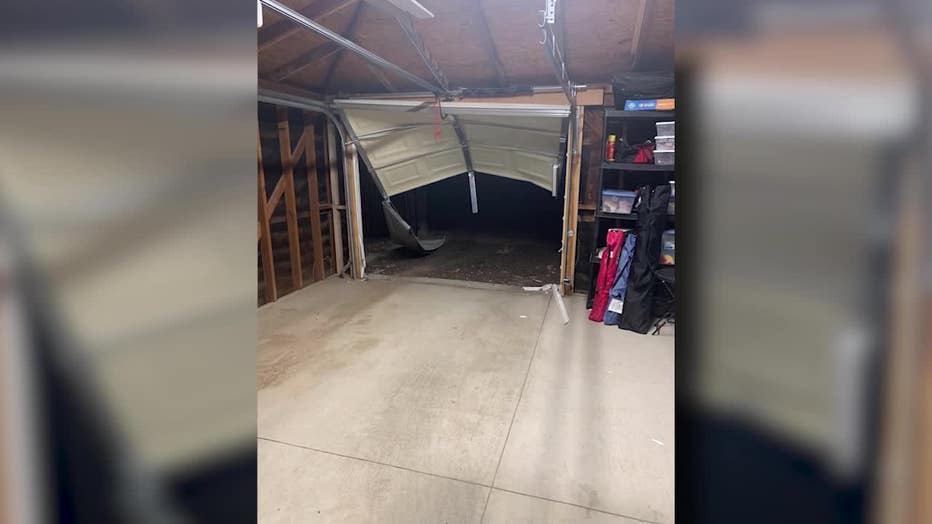 The victim said the suspect got in her car and backed it through the garage before driving off. The missing Hyundai Tucson has temporary plates, and the suspect was wearing shorts and a t-shirt.

Besides having her car stolen, the victim also lost her peace of mind.

"It's absolutely terrifying," said the woman. "We're working on getting locks changed and everything, and trying to decide what else we need to do to prevent this."