PHOENIX - One person was killed and another was hurt in a wrong-way crash on State Route 51 late Saturday night, according to the Arizona Dept. of Public Safety.

The southbound lanes of the freeway were closed near the Northern Avenue exit while troopers investigated the collision.

One person was hospitalized in unknown condition, while another person died from their injuries.

No names were released. 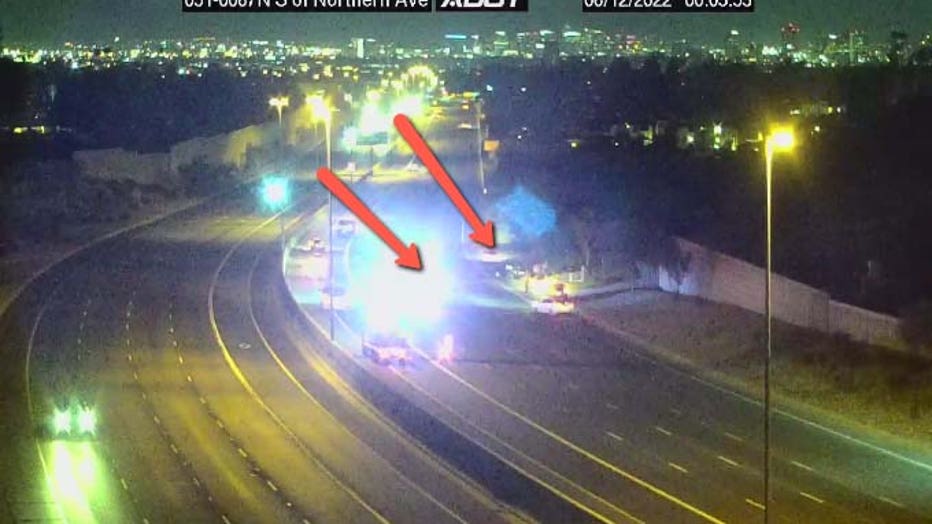 A crash on State Route 51 near Northern