What is a xenobot?

BOSTON - Xenobots, also known as the world’s first living robots, have the capability to reproduce, according to a recent study from the University of Vermont, Tufts University and Harvard University.

Researchers published their study earlier this month in the Proceedings of the National Academy of Sciences. Xenobots are made up of a collection of frog egg cells that can function as one tiny unit. They are engineered inside of a petri dish and can be programmed to move.

Researchers recently found out that when they sprinkled more cells inside a petri dish, the existing xenobots, acting as bulldozers, push the cells together to create a separate xenobot.

Although the tiny organisms can't feed themselves or respond to stimuli, scientists describe them as "lifeforms" or "living machines" due to the fact that they can feed off of energy supplied by their cells, move with intent and repair their injuries.

The xenobots were first designed in 2020 on a supercomputer at the University of Vermont and then assembled and tested by biologists at Tufts University in Massachusetts. 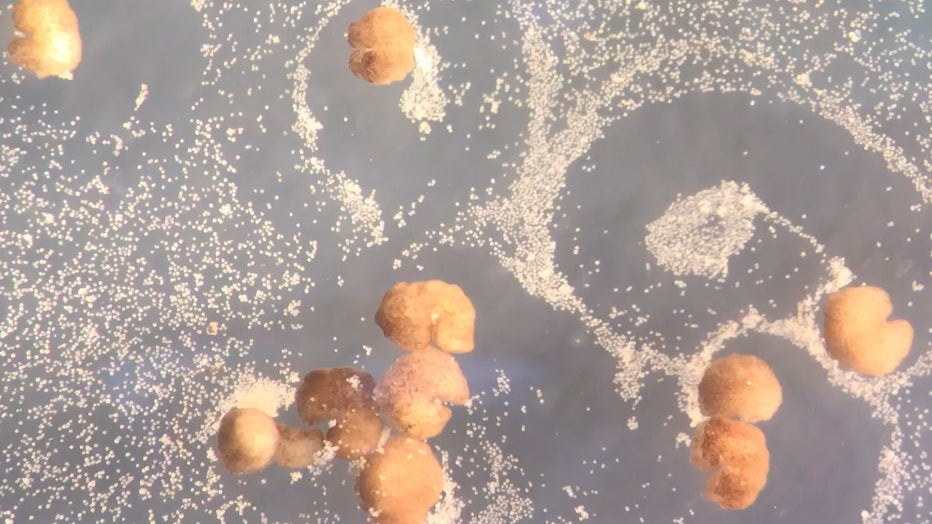 What is a xenobot?

A xenobot is a robot made up of skin cells of frog eggs instead of metals or plastics. The xenobot, which is on millimeter wide, is described as a "reconfigurable organism," according to research published in the Proceedings of the National Academy of Sciences.

The reason scientists classify them as robots is that they are designed and engineered to behave in very specific ways, according to Kriegman.

What is the purpose of a xenobot?

Scientists said currently, xenobots serve no useful purpose for mankind. However, they’re hopeful xenobots could serve as a catalyst to advance medicine.

"If we can make them do useful things, they’re also biodegradable," Kriegman added.

Kriegman said scientists are currently working on how people would benefit from xenobots. He said if xenobots are made up of human cells, rather than frog cells, they can be engineered into a useful medical device that can be implanted into a human and not trigger an immune response.

"There’s a lot of potential here of making useful medical tools," he said.

Kriegman also said that xenobots are allowing scientists to discover how cells come together to build a complex being. He said it could also explain why some cell growth can go awry. causing some illnesses such as cancer.

But scientists say don’t worry, xenobots will not be the end of mankind.

"The headline is scary to people," Kriegman described. "But the real science behind it is not scary to anyone because this is the safest and simplest experiment in the whole biology department, and there’s so much good that can come out of it."

FOX News contributed to this story. This story was reported from Los Angeles.