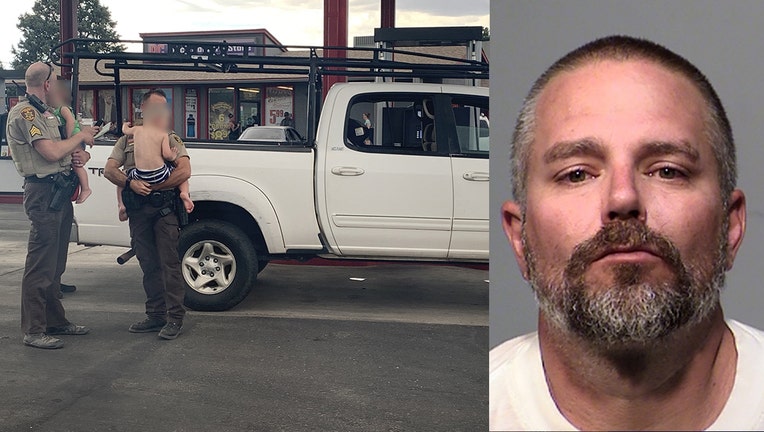 COTTONWOOD, Ariz. - A Cottonwood man is accused of aggravated DUI and endangerment after deputies say he was found sleeping behind the wheel with his two young children in the vehicle's back seat.

Yavapai County Sheriff's deputies say they were dispatched to the Quick Country Store gas station on September 14 regarding a man throwing beer cans out of his window and yelling at people.

When they arrived at the scene near Western Drive at Highway 260, they found 40-year-old Christian Mattos asleep at the wheel of a running white Toyota pickup truck with his 2-year-old and 3-year-old boys in the back seat. A deputy turned off the vehicle and checked on the children, who were upset, but otherwise okay.

"Additional deputies arrived and when contacting Mattos it was obvious he was intoxicated," stated YCSO's Dwight D'Evelyn. "When he awoke, his speech was slurred and confused and during a field sobriety test, the results clearly indicated he was impaired."

Mattos was arrested and later released pending court action. The children were turned over to their mother who was called to the scene following Mattos' arrest.