Montana flood survivor: River went over bridge and then road was gone next day

A Denver man was one of the many people who were rescued by helicopter after historic flooding in Yellowstone National Park left him stranded.

Jacob Showers said he and his girlfriend were trail-running in the backcountry when the area began to flood and wash away.

"After we ran, we came back, and we couldn't cross the road," Showers said. "The next day, the road was gone."

He said he was able to make it back to his car, but it wasn't easy. However, the car remains in Yellowstone because the access roads have washed away.

"I was soaking wet, and I was freezing cold," Showers explained.

House Falls Into River Amid Severe Flooding Near Yellowstone

Dramatic footage captured a house collapsing into a river in Gardiner, Montana, as "unprecedented flooding" affected southern parts of the state. (Credit: Casey White via Storyful)

Due to the impassable roads, Showers was forced to stay in nearby cabins with others. By the next morning, the road was gone.

"We just kind of said that we'd stay with these people for the night and hoped to get out the next day," Showers said.

But unfortunately, that didn't happen.

Showers and the others were forced to stay another night in the cabins before rescue teams arrived. He said the Black Hawk helicopter came at the perfect time, as the group had just realized the seriousness of the situation.

"We went from having a meeting where we were talking about rationing food and doing food inventory and that we were going to be out there for a few days and then all of a sudden a Blackhawk comes out of nowhere," Showers said. "Then within 30 minutes, there was a Chinook (helicopter) there. Everyone just kind of had to rush to grab all their stuff and get on the helicopter."

According to the Montana Army National Guard, 88 people had to be rescued from the floodwaters.

Jacob Showers says he was one of the many that were rescued in Montana after historic floodwaters hit Yellowstone. (Jacob Showers)

The dozens of people were transported to safety, but Showers said his brand-new Tesla had to be left behind. 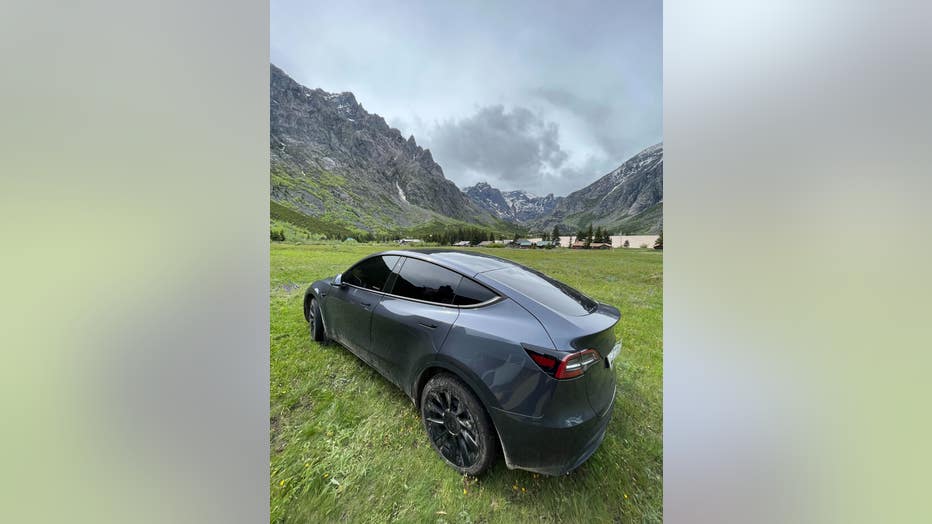 Jacob Showers says he was rescued and had to leave his brand-new car behind when historic floodwaters washed away roads in Yellowstone. (Jacob Showers)

New roads will have to be built before Showers and the others can go and retrieve the items left behind.

"They're saying that it will be a year or two before a road is built to where I was. And that's a really long time," Showers said. "I just got the car. And so, yeah, it's a bummer."

National Park Service rangers closed off all entrances to the park Monday due to "heavy flooding, rockslides (and) extremely hazardous conditions." 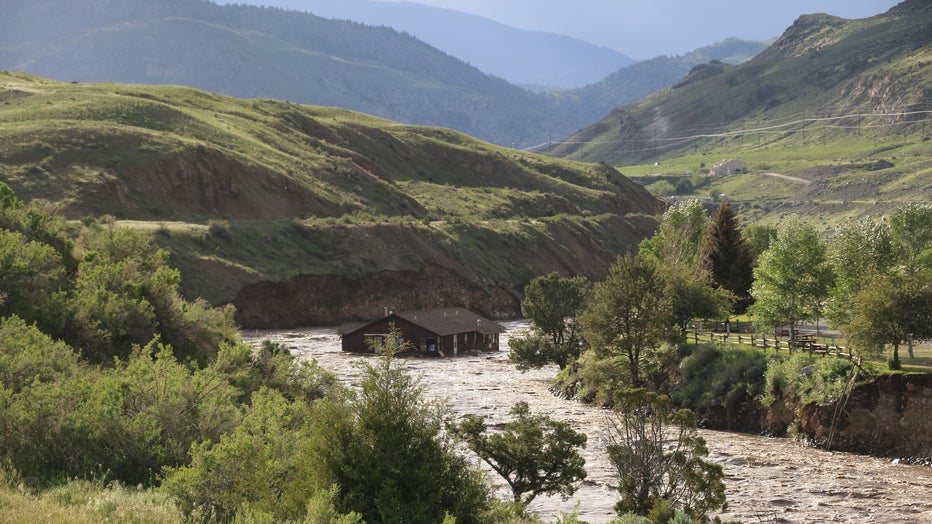 Officials consider the damage to the northern part of the park to be significant and large sections of Yellowstone could be closed until well after the busy tourism season.

Montana Gov. Greg Gianforte surveyed the damage Friday, and President Joe Biden approved a major disaster declaration for the state of Montana which provides additional federal resources for the state as it recovers from the floods.

More than 10,000 people were thought to be in the park when the historic flooding took place, but fortunately, there were no reported injuries.

The combination of several inches of rain and snowpack melt caused rivers near the park to reach historic flood stage levels, including the Yellowstone, Boulder and Stillwater rivers.