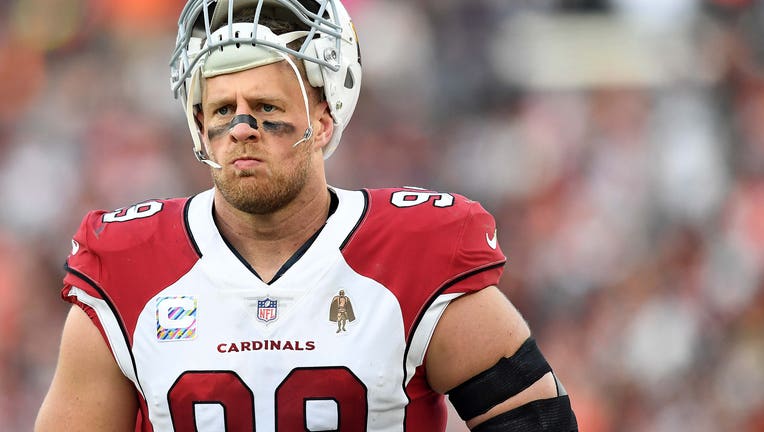 CLEVELAND, OHIO - OCTOBER 17: J.J. Watt #99 of the Arizona Cardinals looks on during the third quarter against the Cleveland Browns at FirstEnergy Stadium on October 17, 2021 in Cleveland, Ohio. (Photo by Nick Cammett/Getty Images)

Watt can now begin practicing and the Cardinals can activate him to the 53-man roster within the next 21 days.

Watt injured his shoulder in the Cardinals' 31-5 win over his former team, the Houston Texans, on Oct. 24. He was expected to miss the rest of the regular season, with a chance to return for the playoffs.

The Cardinals clinched a playoff spot for the first time since 2015 and still have a chance to win the NFC West. They wrap up the regular season on Sunday at home against the Seattle Seahawks.