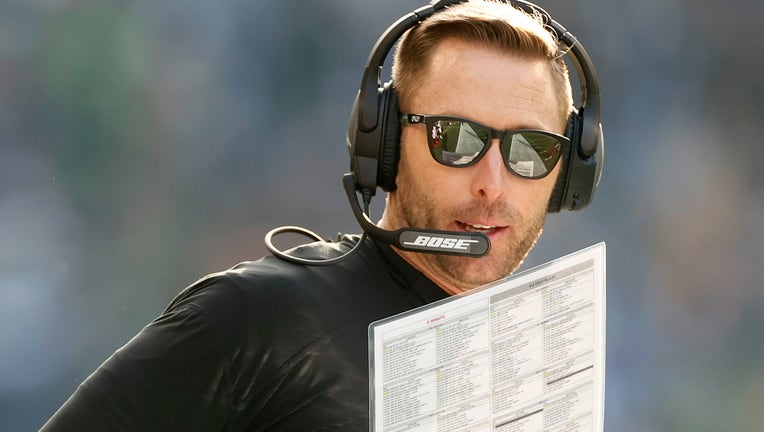 SEATTLE, WASHINGTON - NOVEMBER 21: Head coach Kliff Kingsbury of the Arizona Cardinals looks on before the game against the Seattle Seahawks at Lumen Field on November 21, 2021 in Seattle, Washington. (Photo by Steph Chambers/Getty Images)

TEMPE, Ariz. - Arizona Cardinals head coach Kliff Kingsbury dodged questions on Nov. 30 regarding rumors of the Oklahoma Sooners' interest in him as their next head coach.

"Yeah, I don't get into those things," Kingsbury said Monday. "My sole focus the last couple of weeks has been the Chicago Bears. After watching them on Thanksgiving, it needs to be because they are a really good football team and had a big win, and so that's where my focus has been. Like I said, we're in season, we're 9-2, just not a topic I want to touch on right now." 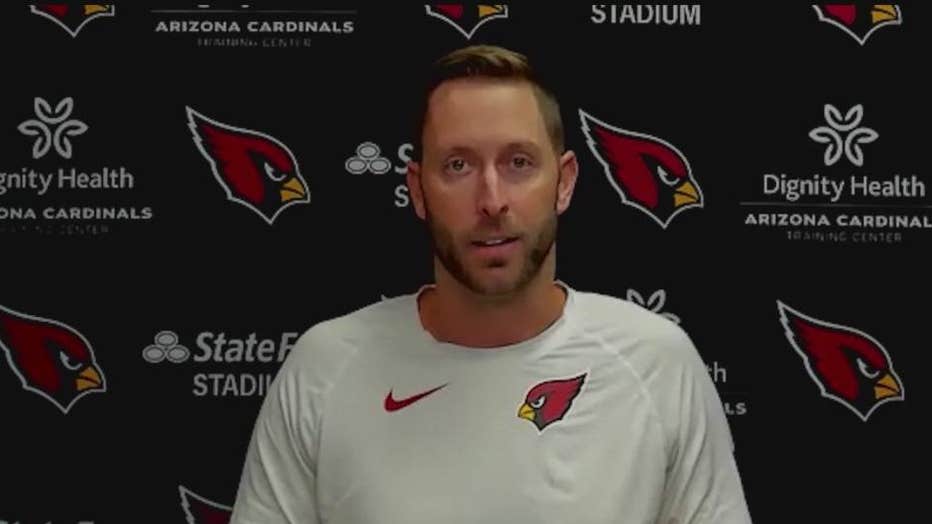 According to ESPN's Adam Schefter, Oklahoma is targeting Kingsbury for its head-coaching vacancy after Lincoln Riley left the school to become the head coach at USC.

"Oklahoma has targeted Cardinals' HC Kliff Kingsbury as one of the potential replacements for Lincoln Riley, league sources tell ESPN," Schefter wrote in a tweet.

Before joining the Cardinals, Kingsbury was the head coach at his alma mater, Texas Tech, from 2013-18.

The Cardinals have the NFL's best record and are coming off a bye week. They travel to Chicago Sunday to face the 4-7 Bears.