1. Cardinals acquire WR Robbie Anderson from Panthers: A day after Marquise "Hollywood" Brown suffered a foot injury that will keep him out at least a month, the Arizona Cardinals struck a deal with the Panthers, acquiring disgruntled wide receiver Robbie Anderson from Carolina. In his last game with the Panthers, Anderson was sent off the field and into the locker room by interim coach Steve Wilks following a sideline argument with an assistant coach. 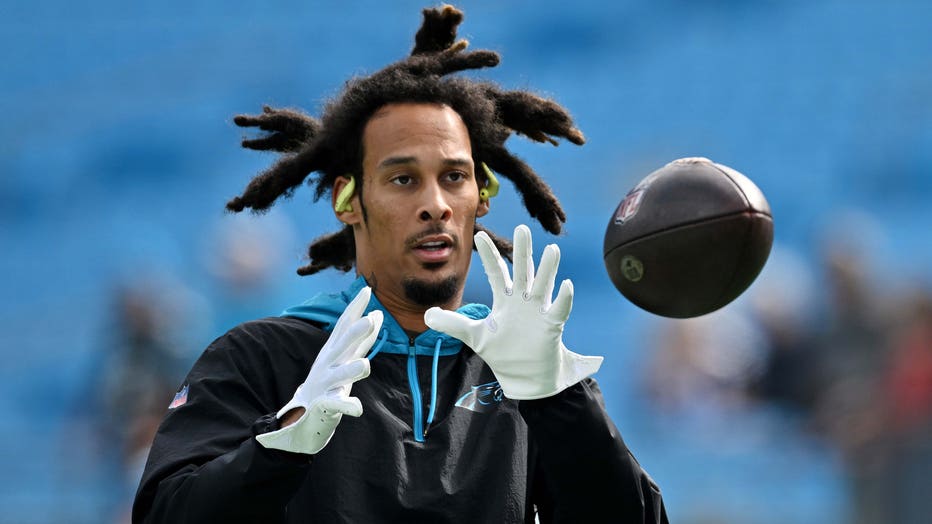 CHARLOTTE, NORTH CAROLINA - OCTOBER 02: Robbie Anderson #3 of the Carolina Panthers warms up before the game against the Arizona Cardinals at Bank of America Stadium on October 02, 2022 in Charlotte, North Carolina. (Photo by Grant Halverson/Getty Images)

2. Suns rally from 22 points down to beat Mavericks 107-105: Damion Lee hit a difficult jumper over Spencer Dinwiddie with 9.7 seconds left, lifting the Suns to a 107-105 victory over the Dallas Mavericks after they trailed by 22 points early in the third quarter. It was the first game for the Suns since their stunning 123-90 home loss to the Mavs in Game 7 of the Western Conference semifinals. The top-seeded Suns had won 64 games during the regular season, which set a franchise record. 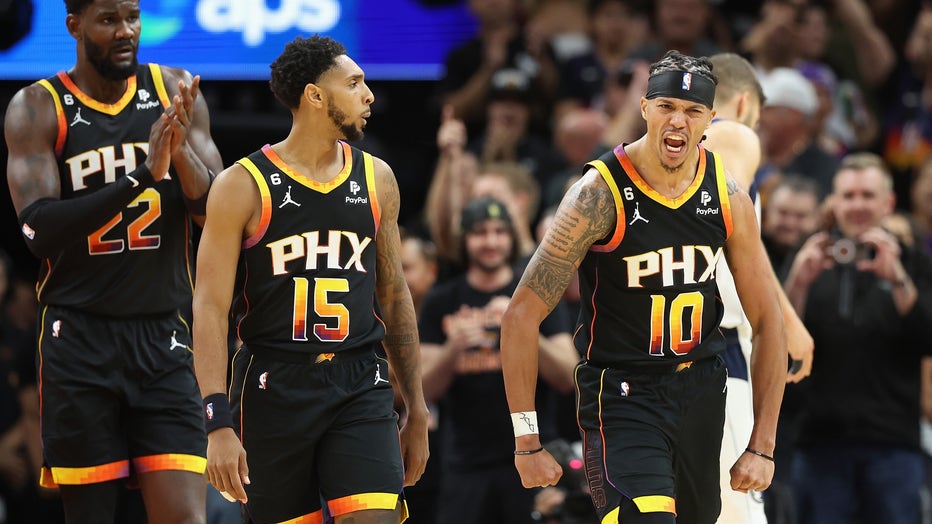 PHOENIX, ARIZONA - OCTOBER 19: Damion Lee #10 of the Phoenix Suns reacts after a turnover by the Dallas Mavericks during the second half of the NBA game at Footprint Center on October 19, 2022 in Phoenix, Arizona. The Suns defeated the Mavericks 107- 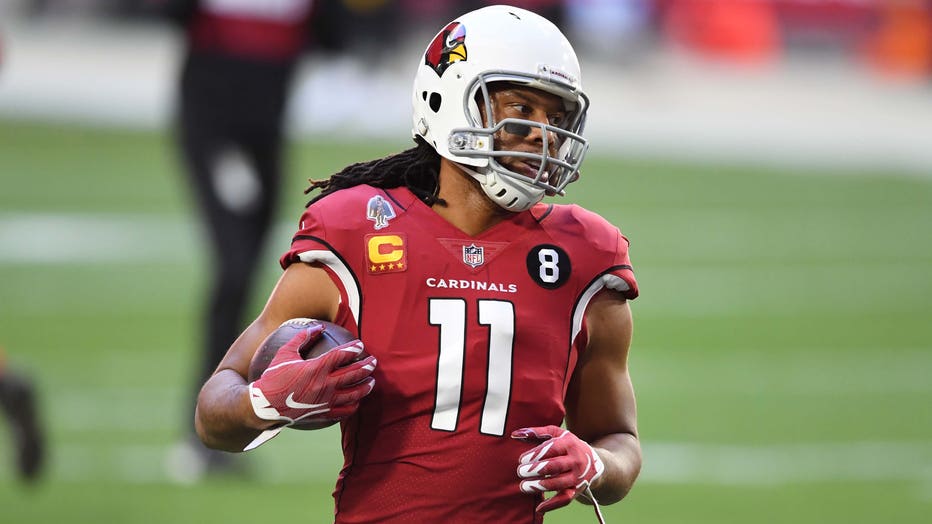 GLENDALE, ARIZONA - DECEMBER 26: Wide receiver Larry Fitzgerald #11 of the Arizona Cardinals runs a drill during warmups before the game against the San Francisco 49ers at State Farm Stadium on December 26, 2020 in Glendale, Arizona. (Photo by Norm Hall/Getty Images)

4. Cardinals use two pick-6s in first half to down Saints 42-34: Marco Wilson and Isaiah Simmons scored touchdowns on two pick-6s late in the first half and used that stunning change in momentum to lift the Arizona Cardinals over the New Orleans Saints 42-34 on Thursday Night Football. In his first game back after serving a six-game suspension for violating the NFL's policy on performance-enhancing drugs, DeAndre Hopkins hauled in 10 catches for 102 yards. The win snapped an eight-game home losing streak that was the Cardinals' longest since 1958. 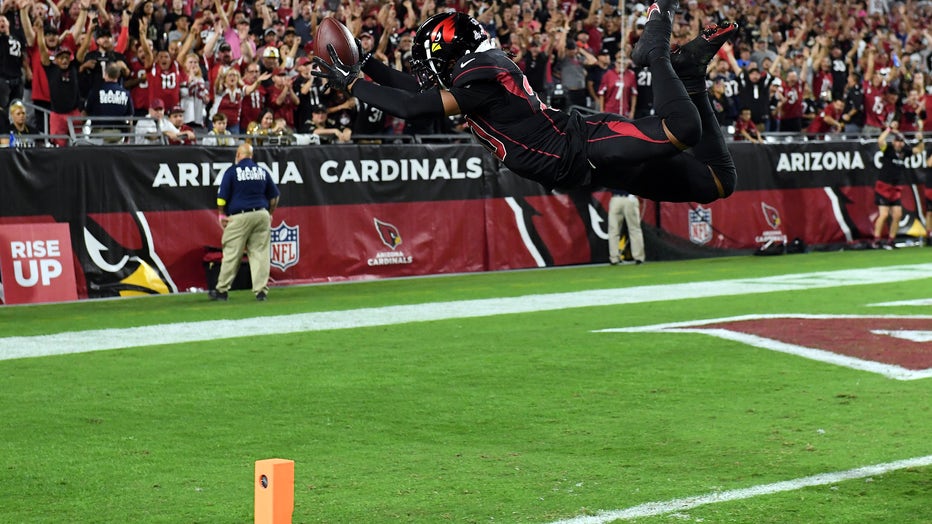 GLENDALE, ARIZONA - OCTOBER 20: Marco Wilson #20 of the Arizona Cardinals dives into the end zone for a touchdown after intercepting a pass during the game against the New Orleans Saints at State Farm Stadium on October 20, 2022 in Glendale, Arizona.

5. Arkansas man who sunk hole-in-one to win golf club's challenge files lawsuit after prize withdrawn: An Arkansas golf club is at the center of controversy over a prize that was offered if a competitor nailed a hole-in-one on the 10th tee. 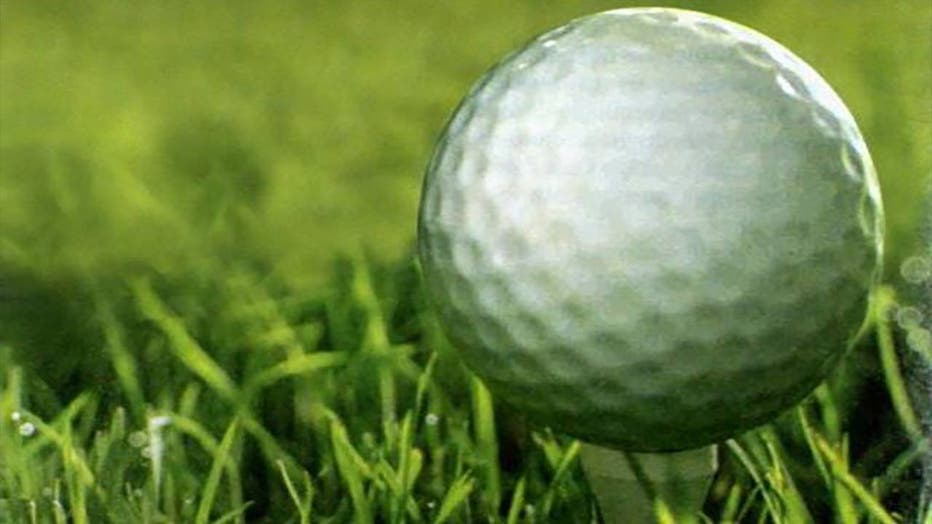 The Associated Press (SP) contributed to this report. 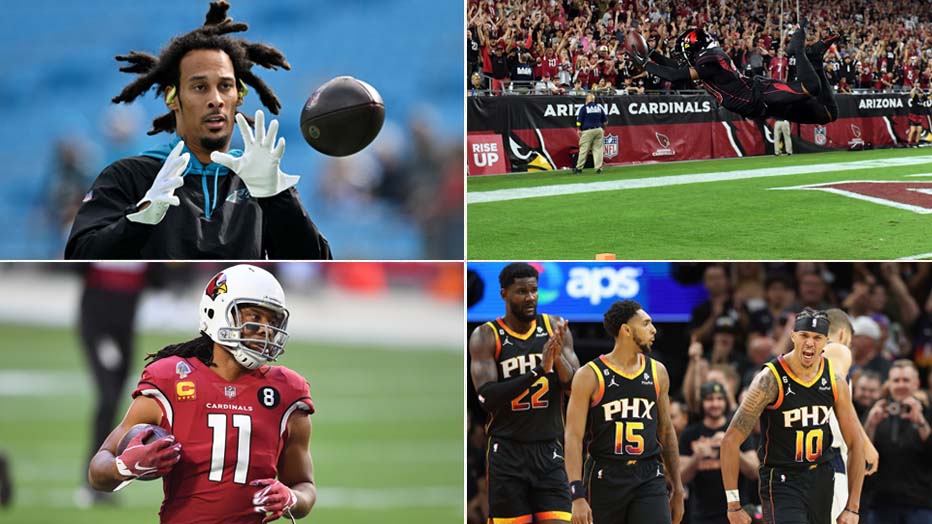