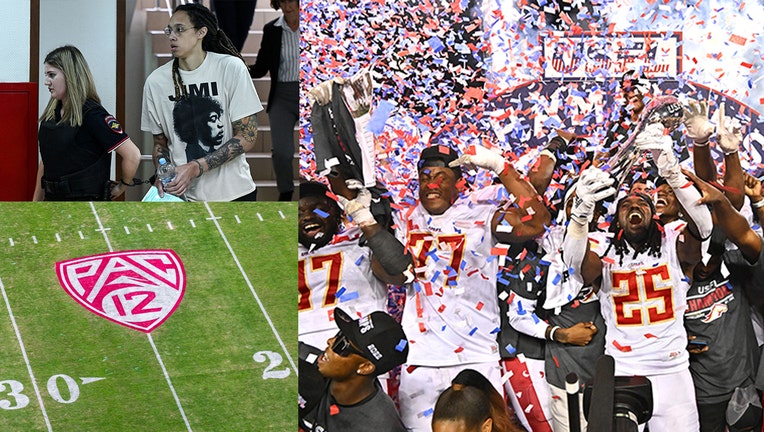 For the week of June 27 to July 3, the top sports stories included the Britney Griner trial in Russia, an NBA star accused of felony domestic violence, the iconic Stanley Cup trophy being delivered to the wrong address, the first USFL championship game, and a major shakeup in college football. 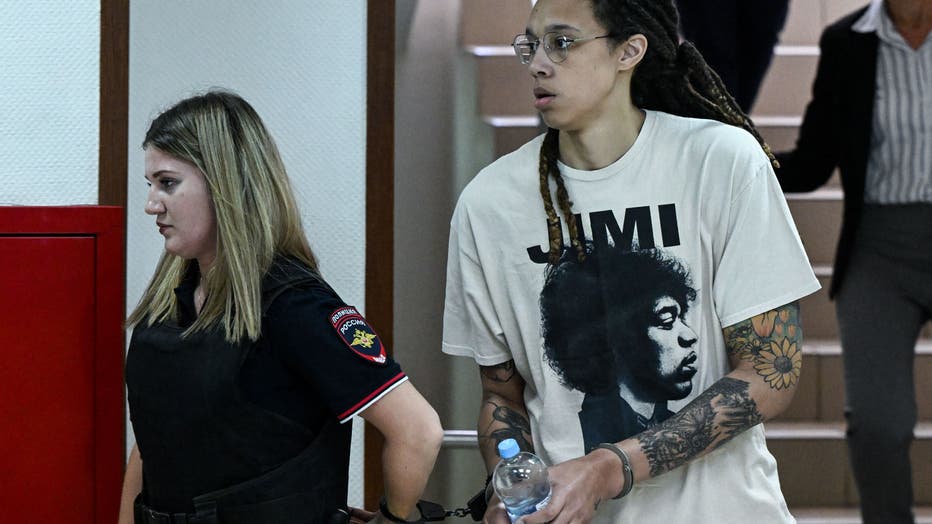 US WNBA basketball superstar Brittney Griner arrives to a hearing at the Khimki Court, outside Moscow on July 1, 2022. (Photo by KIRILL KUDRYAVTSEV/AFP via Getty Images)

American basketball star Brittney Griner went on trial Friday, 4 1/2 months after her arrest on charges of possessing cannabis oil while returning to play for a Russian team, in a case that unfolded amid tense relations between Moscow and Washington.

The Phoenix Mercury center and two-time U.S. Olympic gold medalist was arrested in February at Moscow's Sheremetyevo Airport after police said she was carrying vape canisters with cannabis oil. She could face up to 10 years in prison if convicted of large-scale transportation of drugs. 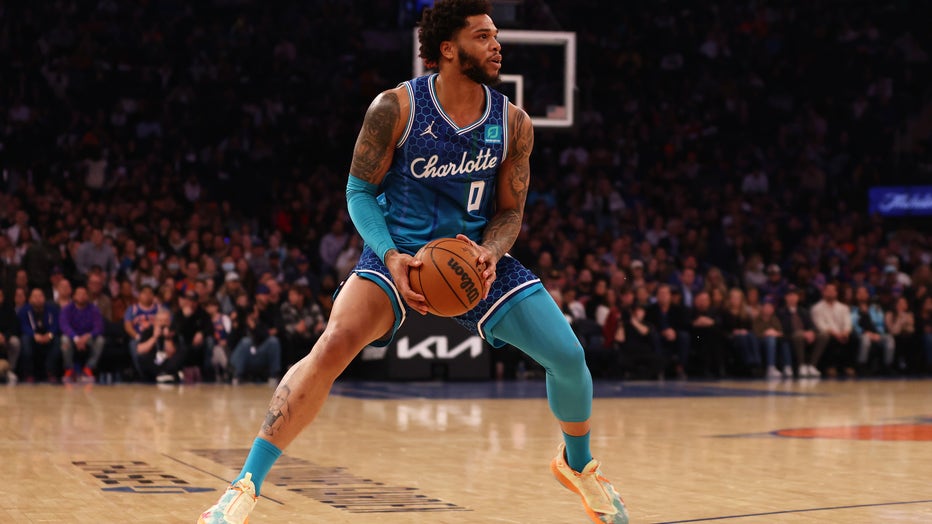 Miles Bridges #0 of the Charlotte Hornets in action against the New York Knicks at Madison Square Garden on March 30, 2022 in New York City. (Photo by Mike Stobe/Getty Images)

According to TMZ, 24-year-old Bridges was arrested for felony domestic violence. Bridges, who last played for the Charlotte Hornets, was allegedly involved in a fight with a woman that "turned physical," TMZ reports.

3. 'Is that the Stanley Cup?' Iconic trophy accidentally delivered to wrong house

Every player on the Stanley Cup-winning team gets to have the cup for a day. This year, it's all the players on the Colorado Avalanche. But when it was Avalanche captain Gabriel Landeskog's turn, the cup took a detour.

The iconic trophy was delivered to a random person in the same neighborhood where Landeskog lives, who has an address that's similar to the Avalanche captain's. Take a look at the video where Kit Karbler recalls the surprise delivery, which was partially caught on camera by his home security system. 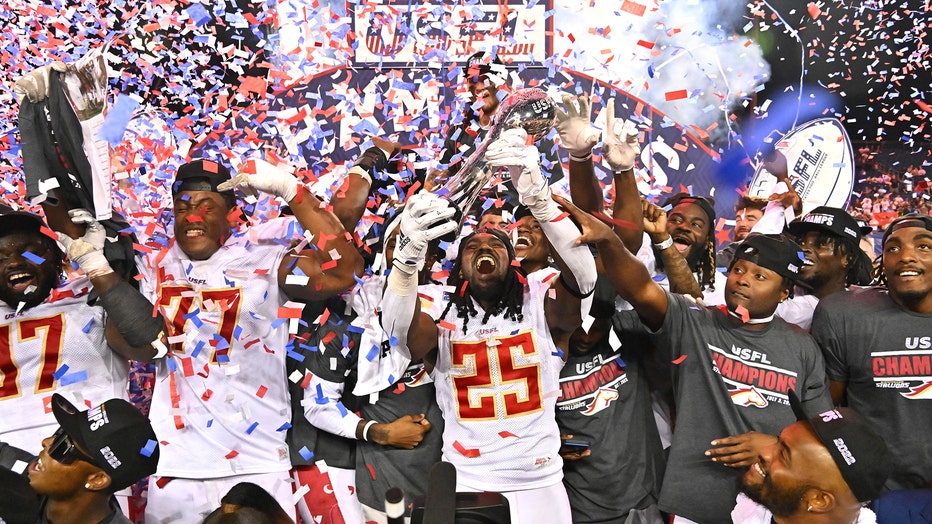 The Birmingham Stallions are your inaugural United States Football League champions, holding off the Philadelphia Stars in a wild contest at Tom Benson Hall of Fame Stadium in Canton, Ohio.

It seemed only fitting as the Stallions were the best team throughout the regular season. But the Stars didn't go down without a fight, battling all the way to the end before falling, 33-30.

In a major shakeup for college sports, it appears the Pac-12 Conference will once again become the Pac-10 after the departure of two major California schools.

According to Jon Wilner, UCLA and the University of Southern California will leave the Pac-12 and will join the Big Ten Conference as early as 2024. Other schools in the conference include Ohio State, Michigan, Wisconsin, Northwestern, and Michigan State.

USC later confirmed that the Trojans are making the switch to the Big Ten.