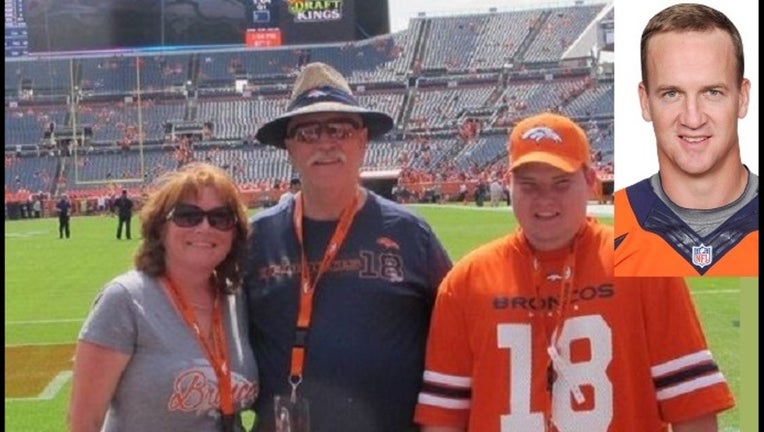 Not knowing how long she had to live, and with nothing to lose, a breast cancer patient wrote to football player Peyton Manning, sharing how he inspired her. To her surprise, Manning responded by flying her out to the Denver Broncos' season opener against the Baltimore Ravens, The Indy Star reported.

"It was very personal. It was very heartfelt and I never thought anything of it other than I wrote it and sent it," 45-year-old Kari Barnett Bollig told IndyStar. "I didn't even know he would get it."

Bollig got a phone call from Manning, who said he had read her letter and wanted to meet her. Manning flew Bollig and her husband, Ed, to Denver, giving them tickets and sideline passes. They watched the Broncos take their team photo, sat in on walk-through practices and took a tour of Mile High Stadium. Then, she met Manning.

"He walked right over after he got his picture taken," Bollig told IndyStar. "It was so sweet because he shakes my hand and says, 'I'm Peyton Manning.' It was cute. It was kind of like, 'I know who you are Peyton.' " The football superstar and his fan shared a 10-minute conversation. After meeting, he told her, "Keep fighting, Kari. I'll be praying for you."