Hamadeh, who is the Republican Party candidate for Arizona Attorney General, claims the election was mishandled, but a judge has dismissed his complaint, saying the lawsuit was filed too early.

PHOENIX - An Arizona judge has rejected a legal complaint filed by the Republican Party candidate for Arizona Attorney General on Nov. 22.

Abe Hamadeh filed the lawsuit against his opponent, Democrat Kris Mayes, every county recorder in our state, and Secretary of State Katie Hobbs, who is now governor-elect. In the 25-page complaint, Hamadeh alleged "errors and inaccuracies" at some polling sites.

The lawsuit claims at least 146 people weren't properly checked out at their original polling site, and went to a different location and voted with a provisional ballot, which won't be counted. Another claim says at least 273 people didn't check out and had their early ballots voided.

During a court hearing on Nov. 28, the judge argued that the lawsuit is too premature because the election results have not all been certified and the recount has not happened yet. Ultimately, the ruling states that the lawsuit filed by Hamadeh is premature.

Race appears to head for recount

All the votes have been counted and currently, Mayes holds a slight lead over Hamadeh by just 510 votes.

The race has not yet been officially called, but Mayes made a statement:

"We knew it was going to be close. Obviously it was a nail-biter right up until the end. But I'm really thankful to all the people of Arizona for getting out there, for voting and for knowing every single vote counts."

Hamadeh has not made any public comments since filing the lawsuit, but he did post a tweet, saying "Arizona -- I'm not done fighting for you; I'm just getting started."

Hamadeh, who is the Republican Party candidate for Arizona Attorney General, has filed a lawsuit against his opponent, Democrat Kris Mayes, as well as Secretary of State Katie Hobbs and every County Recorder in Arizona, claiming that unlawful votes were counted, and votes were counted incorrectly. 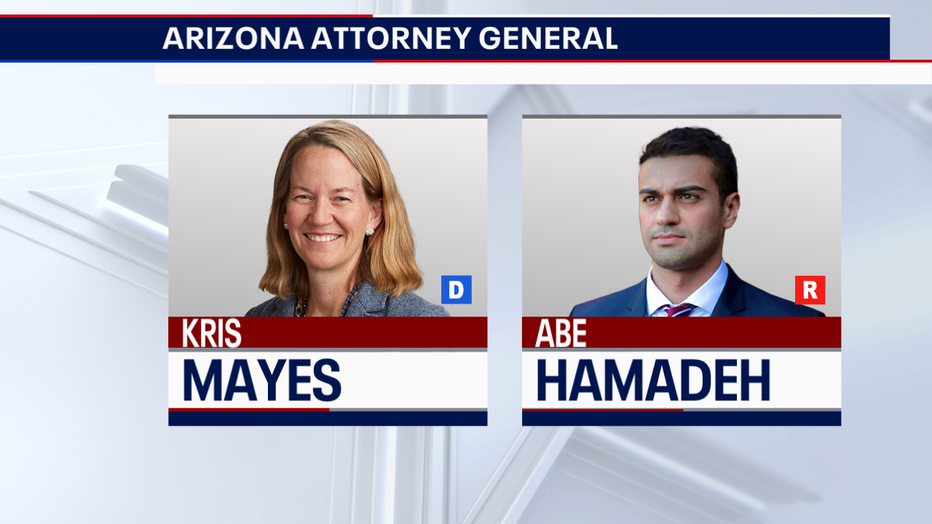