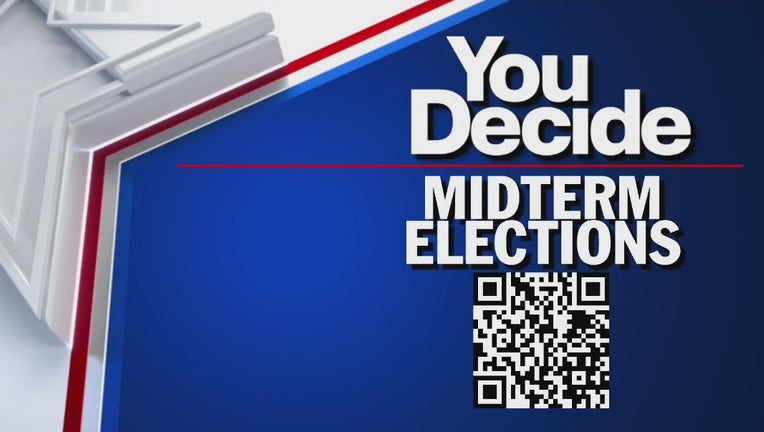 PHOENIX - A major milestone ahead of this year's midterm elections – we are officially six months out from Arizona's August primary. That's when voters from each party will decide who will face off in a number of key races in the midterms.

For now, we are focusing on the race for governor. We'll introduce you to the crowded field on both sides, including what each candidate believes are the key issues facing Arizonans.

"There is really a robust group of candidates in both parties, and we just don’t get that very often in Arizona. The three Democratic candidates are credible people who can raise money and have a resume. Even if they are not ubiquitously known in the public square. The Republican candidates, same. They’re credible, successful people. All of whom have their own story to tell. So, if you are a voter, if you’re a consumer, if you will, of politics, there’s a lot to chose from here," says Stan Barnes, a political analyst. 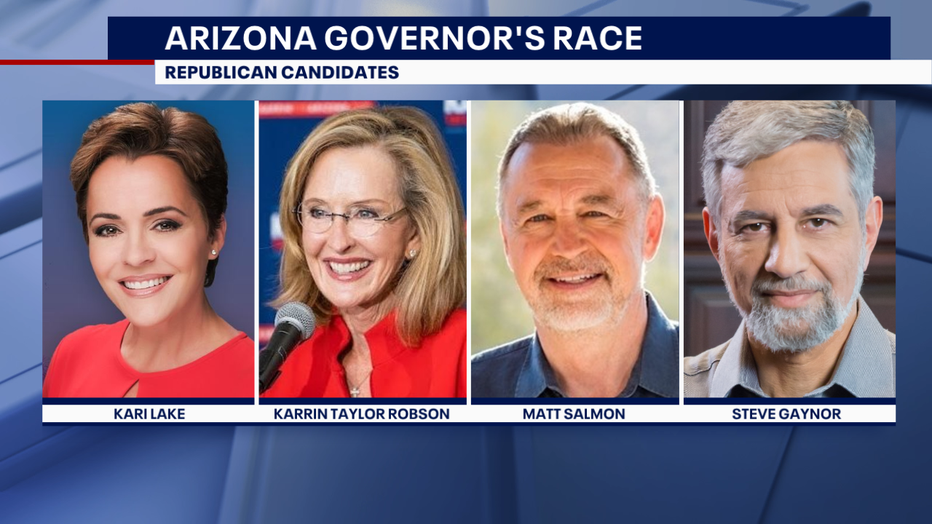 First up is Matt Salmon, who served in both the Arizona Senate and the U.S. House of Representatives.

"My top three priorities as governor will be: 1) protecting Arizonans by defending families against the violent crime and dangerous drugs and weapons flowing across our border, as well as safeguarding their right to free and fair elections; 2) improving education for our children by providing more school choice and making the system more accountable to parents; and 3) strengthening our economy by limiting government, empowering people, responsibly eliminating the income tax, and expanding freedom and opportunities to every single corner of Arizona, especially our rural communities that make our great state what it is today," Salmon said.

On June 28, Salmon announced that he is ending his campaign.

Next, we have former TV news anchor Kari Lake who is the only candidate endorsed by former President Donald Trump.

"Arizona has serious problems, and I'm running to fix them. I'm a political outsider and a business leader that has saved companies and created jobs. That's how I'll approach being governor," Gaynor said, prefacing the ways he believes he can fix issues Arizona is facing.

Gaynor announced on April 28 that he has suspended his campaign for governor.

"Every student in Arizona deserves a world-class education. When I am Governor, every family will have the opportunity to choose the best school for their children. Families need an escape hatch from failing schools, as well as schools teaching hate through Critical Race Theory. When I’m Governor, we’ll pay our best teachers like we want to keep them, fund students instead of systems and finally put all Arizona parents in charge of their children’s education," Robson said about her education stance.

Barnes says a Republican candidate has a good shot of winning this year.

"In 2022, the electorate is fired up. The energy really is on the Republican side, and if you want a rule of thumb for who’s going to win and who’s going to lose, find the energy. Who has the energy and those with the energy generally win because their voters are tempted to come out and go and pull the trigger," he explained. 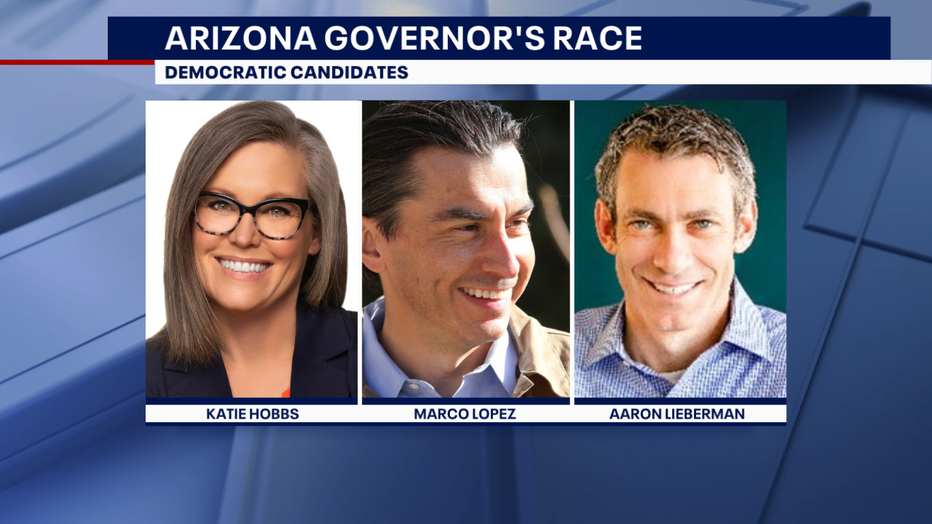 All three Democratic candidates have the same start to their lists: jobs and education.

Marco Lopez was once the 22-year-old Mayor of Nogales, a director of the Arizona Department of Commerce and later a Chief of Staff for Customs and Border Protection.

"Everyone in Arizona deserves access to quality, affordable health care. Plain and simple. As governor, I won’t let partisan politics get in the way of ensuring that anyone who wants health insurance can find a plan that they can afford," Lopez remarked.

Katie Hobbs has the most name recognition in the race and a money advantage. She’s the current Arizona Secretary of State and a former social worker who became the Senator minority
leader.

"Arizona should be the best place to live, work, and run a business. As governor, I will work with all stakeholders to support small businesses, grow manufacturing, and attract good-paying jobs to Arizona. And I will invest in our students, workers, businesses, and infrastructure so that Arizona can lead in the high-tech jobs of tomorrow. Due to COVID and inflation, right now our economy is not working for everyone. Families are seeing the price of rent and gas go up, while their wages stay stagnant. We need to make sure that the cost of living goes down, and we cut costs so that Arizonans can lead a quality life. I will work to tackle inflation, support families, and do what it takes to keep workers safe from COVID on the job," Hobbs said.

Aaron Lieberman stepped aside as a state representative to run for governor. As an entrepreneur, He founded two different organizations that have helped a million children be better prepared for school.

"Arizona needs new leaders with new ways of doing things. I’ve found common sense solutions to tackle complex problems, both as a legislator and an entrepreneur. That’s exactly what I’ll do as governor," Lieberman said.

Lieberman announced the suspension of his campaign on May 27.

Barns says the candidates all have a chance at winning.

"All three democrats have something to talk about and all three are raising enough money to tell their story that makes the Democratic primary different. We normally don’t have that in a Democratic primary," he explained.