Loved ones say she's a high-functioning girl with autism who did something her mother calls out of her character. That mother, Jessica Nunez, remains relentless in her search for her daughter as the second anniversary of her mysterious disappearance approaches. 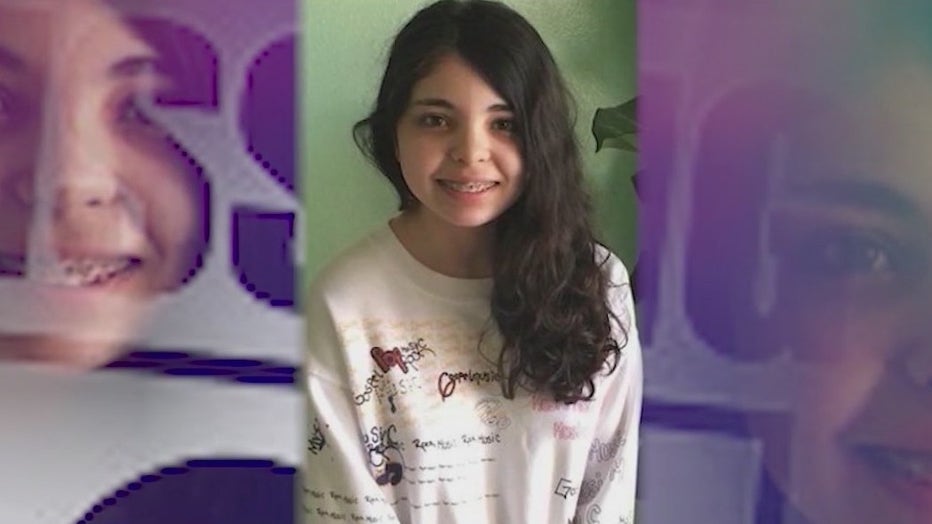 On a fall day in a quiet Glendale neighborhood near 45th Avenue and Rose Lane, a bad dream unraveled for Nunez. Navarro simply vanished early in the morning.

Her parents called the police.

It was just five days away from her 15th birthday.

Panic then set in.

Before her disappearance, the teen stayed home often, was into anime and played video games online. She's described as smart and introverted but had met people through social media.

Now, she's gone, but not before leaving a note for her mother.

Nunez noticed the back door was open. She then found a stack of chairs against the block wall in her yard.

"Seems like she jumped this part of the wall and shoe prints went straight over there," Nunez said.

When Navarro left home, she had her Macbook and cell phone on her. Since that day, there's been no digital trace at all.

Her mother Jessica Nunez pleads for her teenage daughter to come home after she believes she was taken by an online friend now 2 years ago.

Questions remain about her disappearance 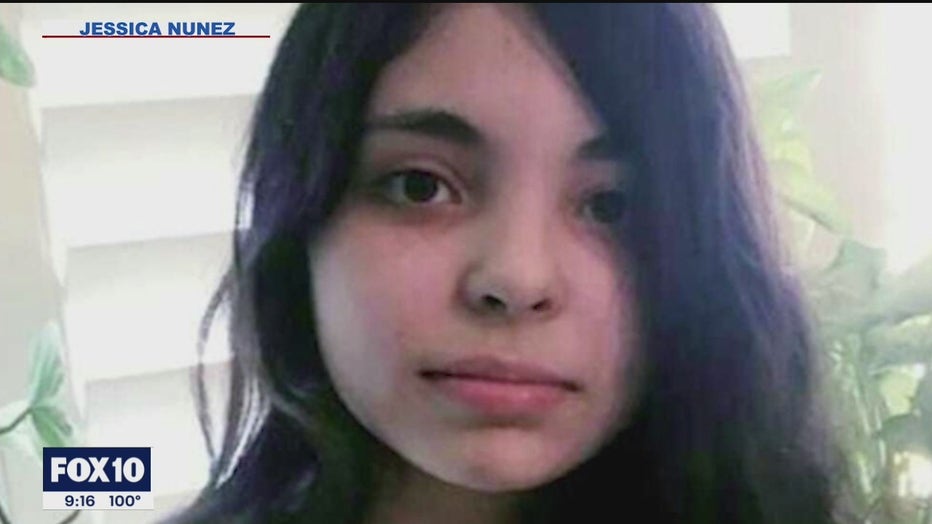 Why did she sneak out? Where did she go? Who did she meet?

"I thought my daughter was safe inside my home because she was inside of my home, without knowing I had people in my home through social media," Nunez said of Navarro's online friendships.

Her mother learned her daughter belonged to gaming groups and believes an online predator got close to her – ultimately luring her out of the house.

"She was not intended to leave for this long. Something … something is preventing her to come back," Nunez said.

Alicia Navarro was last seen during the early-morning hours of September 15, 2019. She was just days away from her 15th birthday when she disappeared -- she'll turn 16 on Sept. 20.

The FBI joined Glendale Police in the case of her disappearance. But months went by with no answers, so Nunez took the search into her own hands.

She drove through the streets of Glendale and would pass out flyers, determined to gather tips.

"Most of these areas have flyers of my daughter. There's still some here downtown," Nunez said, adding, "It took me a couple of months to stop looking in these areas 'cause I felt she was no longer here locally."

A mother who never used social media jumped on platforms like TikTok, Facebook and Instagram to be her daughter's voice. The accounts are approaching a combined 300,000 followers, but Nunez says it hasn't been easy navigating these apps filled with so many strangers.

"People telling me that they have her, that they want money off me, just being cruel, you know, taking advantage of my situation in a way. Also, I have people that have been a blessing in my life that actually pass out fliers not just in state, out of state, and that they're constantly sharing my daughter's posts," she said.

The one-year anniversary of Navarro's disappearance came and went.

"I am trying to do everything I can to keep her story alive. This is not a picture. It's not just a picture, this is my daughter," Nunez said, staying the course with the help of so many following the case, raising enough money to put up digital billboards.

Billboards are seen in the Phoenix area, Nogales, Las Vegas, San Diego, Mexico and even places receiving tourism or that are close to the southern border.

'I just want her home' 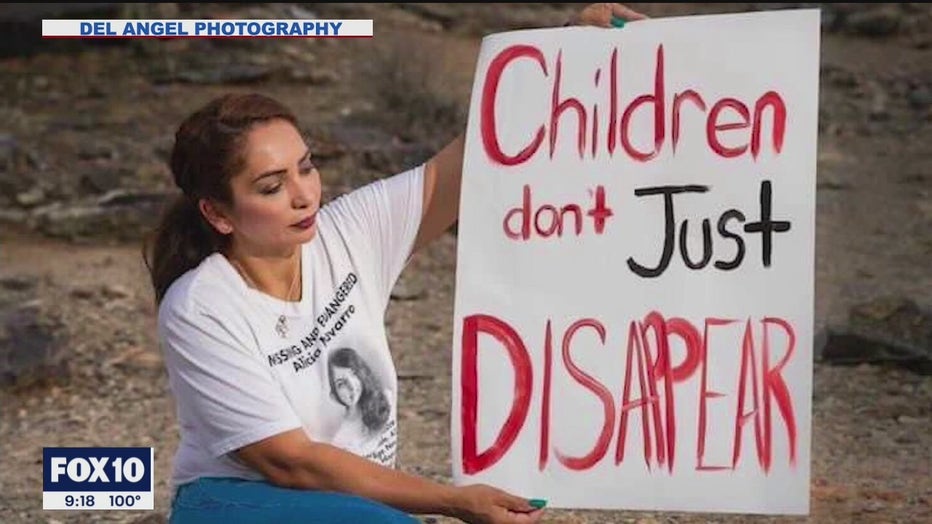 Nunez fears her daughter is a victim of human trafficking.

That's where Kathleen Winn comes in. She's the executive director of Project25.

There are a little more than 340 Arizonan families with children missing, Winn said.

She's working with the Anti-Predator Project to help find Navarro.

Winn says Navarro is part of a disproportionate number of missing kids, specifically girls of color.

"So age 13 to age 16 is the age range, mostly female, mostly Hispanic. So when I say disproportionate, all the kids missing are not Hispanic or black, but there are a disproportionate amount of minority children. That's problematic in and of itself," Winn said.

Nunez says she knows she will be reunited with her daughter someday – she reminds herself of the promise on the note.

"I tell her that I love her and I miss her, that for her to fulfill what she swore to me – sorry and to come home already – that I'm tired. You know, I miss her. I just want her home," Nunez said.

This mother is determined to crack the cold case – her own bad dream she's trying to end.

"So I'm living my worst nightmare right now. I'm just doing what a mother should do … not giving up and fighting for their child."

When she went missing, she was 4 feet and 5 inches tall, 95 pounds with brown hair and brown eyes, wearing braces. 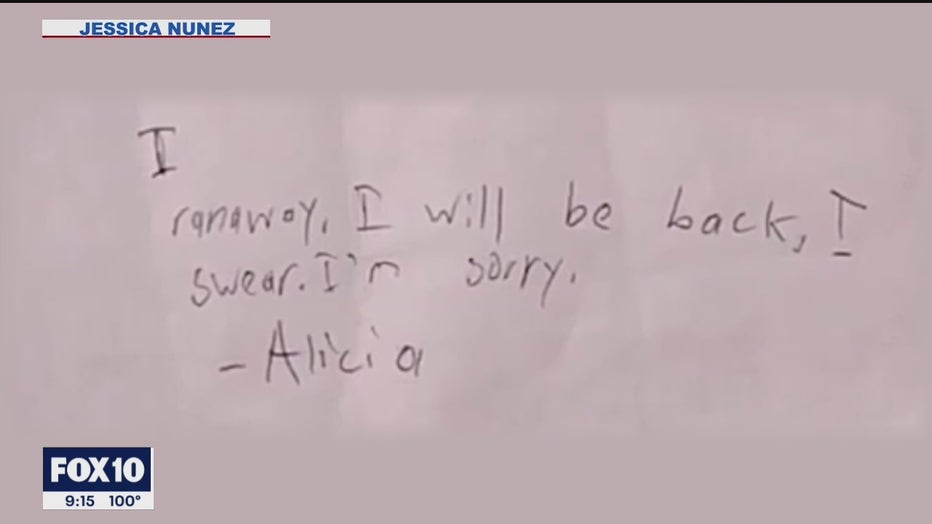