Vietnam War veteran gets to thank the man who saved him

RUSKIN, Fla. - Fifty-six years ago on a battlefield in South Vietnam, Bob Field thought he was taking his last few breaths.

It was August 1965, and Field was in the midst of Operation Starlite, the first full-scale battle for the U.S. Marines in the Vietnam War. The enemy Vietcong, or ‘VC,’ he says, were relentless.

"We came into some pretty bad fire – mortar rounds and automatic weapons," he said.

Field’s legs were gravely wounded by mortar shells, and if it wasn’t for a young man named Robert O’Malley, he says he’d be dead. 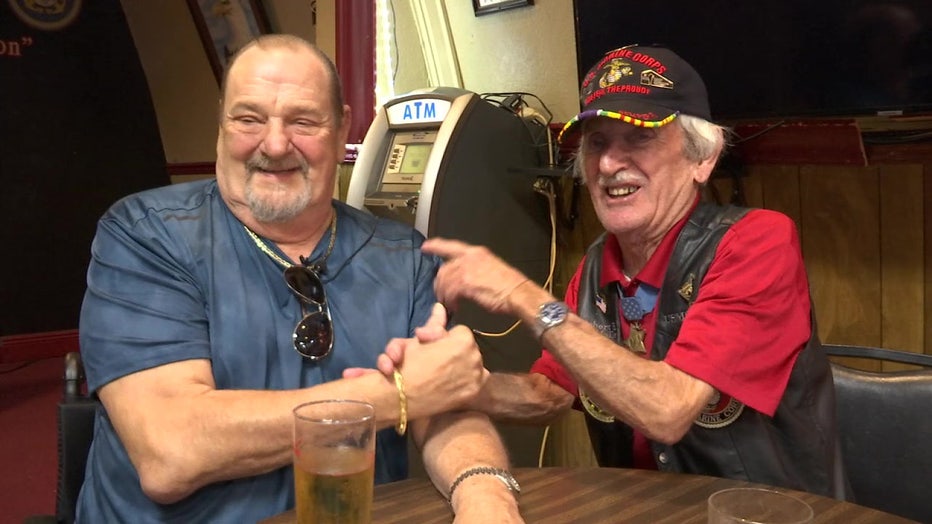 "Somebody cleared that [landing zone] out, and took a lot of the VC with him," Field said. "He let the choppers come in to evacuate the wounded."

O’Malley, 22, single-handedly raced across open ground to attack a trench, killing eight Vietcong and allowing his squad to move closer to Field’s unit. 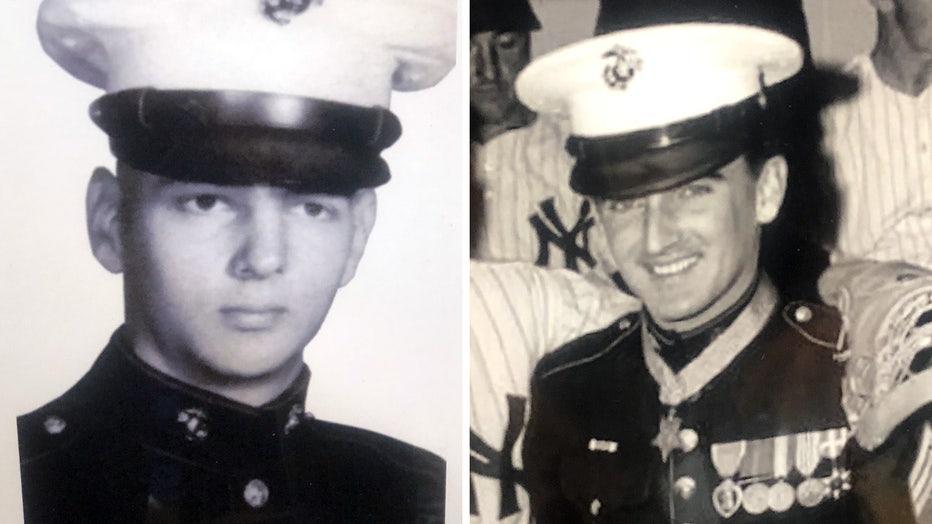 "I was wounded a couple of times," O’Malley remembered. "Shrapnel here, shrapnel in my legs, in my lungs. But I didn’t need hospitalization. He needed it first, and not me."

Field’s life would be saved because of O’Malley, but for decades, he never got to say thank you.

"That was one of the things I had to do before I died, was I needed to meet this man," Field said.

At a VFW in Ruskin, it finally happened. Field, who is wheelchair-bound, was invited to come to the VFW to watch a football game alongside friends. He had no idea O’Malley was there inside to meet him. 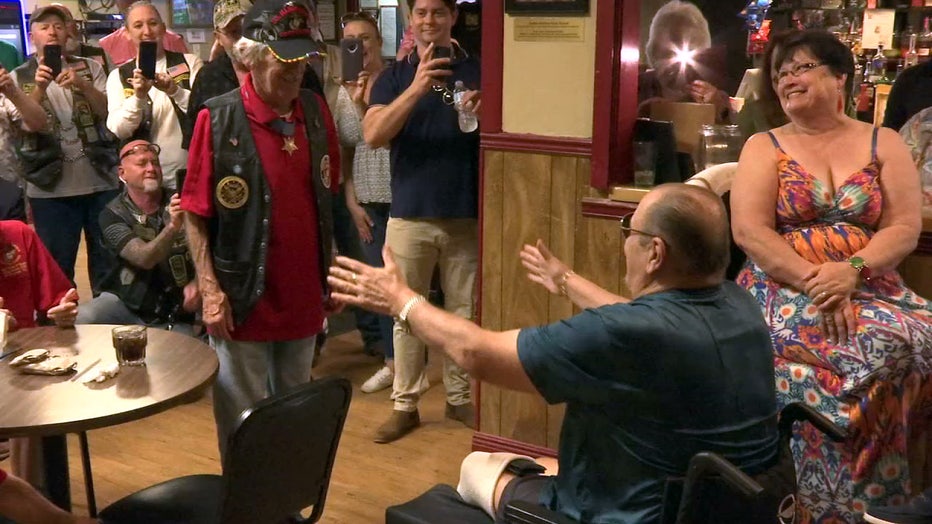 As he approached his rescuer, O’Malley turned around to Field’s "about face" command.

From there, the tears flowed. And lots of conversation ensued.

Field learned of O’Malley’s role years ago, when he realized he was one of two men who received the Medal of Honor for their actions that day.

"I didn’t know Bob until I found out why this man got the Medal of Honor," Field said. "I didn’t know that he’d done what he did." 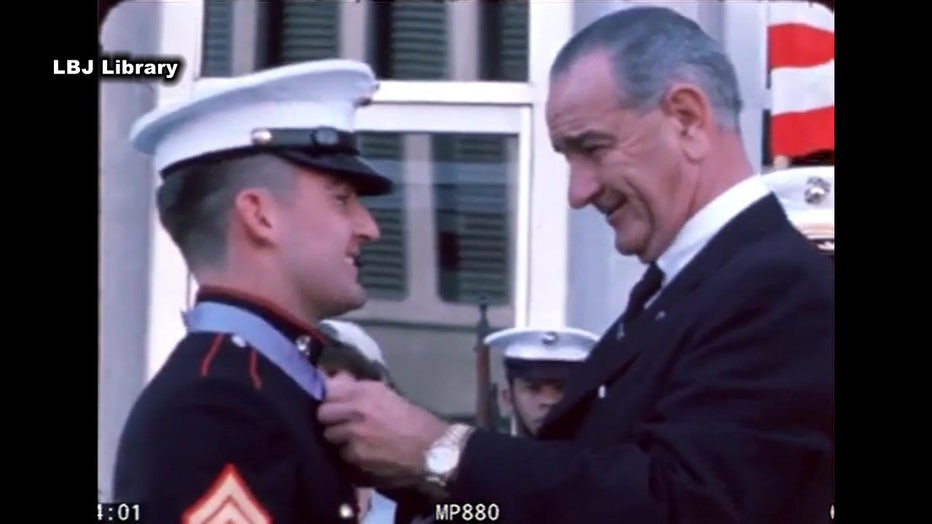 In December 1966, O’Malley had been invited to Washington DC for a ceremony in which he received the nation’s highest military honor. In his speech, President Johnson said in part, "Fifteen months ago, Sgt. Robert Emmett O’Malley did more than fight for honor. In a place of great danger, he ignored danger. Wounded, he refused to consider his own safety. At the risk of his own life, he shielded other men’s lives. Today I will give him the highest medal his nation can offer." 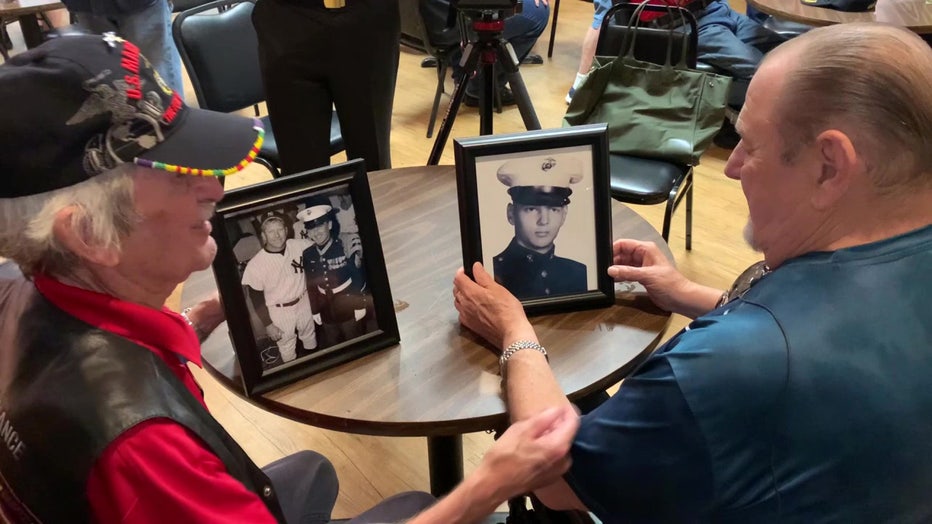 It’s an honor O’Malley still takes pride in today, even wearing it during his reunion with Field.

"That was one of the things I had to do before I died, was I needed to meet this man."

Two men forever connected by that day on the battlefield are now friends for life.

RELATED: Bravest of the brave: Medal of Honor recipients gather in Tampa to inspire new generation