81 years after the Japanese attack on Pearl Harbor, a keel-laying ceremony for a new submarine with a familiar name - the USS Arizona. FOX 10's Lindsey Ragas reports.

RHODE ISLAND - On the anniversary of Pearl Harbor this year, there was a keel-laying ceremony for a new submarine - the USS Arizona.

This comes after the original USS Arizona sunk in the Japanese attack on Pearl Harbor on Dec. 7, 1941.

"The USS Arizona in reference to the new one is the SNN803, a fast attack nuclear submarine," said Pamela Rinesmith, lead for USS Arizona.

The keel-laying ceremony was held in Rhode Island, and officials from the town of Gilbert were at the ceremony after being asked to host.

For Nikki Stratton, the granddaughter of USS Arizona survivor Donald Stratton, Dec. 7 is a day she holds close to her heart.

"I am the ship's sponsor, I was named in 2020 when my grandfather passed away at the age of 77," said Stratton. "He was one of the last three survivors of the original USS Arizona."

Switching up tradition, Stratton was the first sponsor to weld her own initial.

"I capped everything off with welding my initial into the keel plate, which will be the plate posted in the submarine, and it will be there forever more," she said.

She had support from the town of Gilbert in Rhode Island as the celebrated the beginning stages of the construction of the new submarine.

"Back in 2020 I had reached out to Nikki," said Bill Spence, former council member for the USS Arizona Legacy Foundation. "I'm a retired Navy lieutenant commander submarine officer, and I heard about USS Arizona, and I reached out to Nikki and established a relationship with her and approached her with the idea of Gilbert being a host town."

Gilbert Mayor Brigette Peterson says the town is lucky to be chosen as the host.

"What it means historically is that those host towns have been a place where members of the crew of the submarine know they can come and always be welcome as part of our community," Peterson said.

This is only the beginning of the new USS Arizona submarine.

"The USS Arizona brought the country together once, and it can do it again, and it starts in Arizona," Spence said.

The keel-laying ceremony is the first step of the submarine being built. The next step is construction, which will take about 2 to 3 years to complete.

It will be assembled in Connecticut. 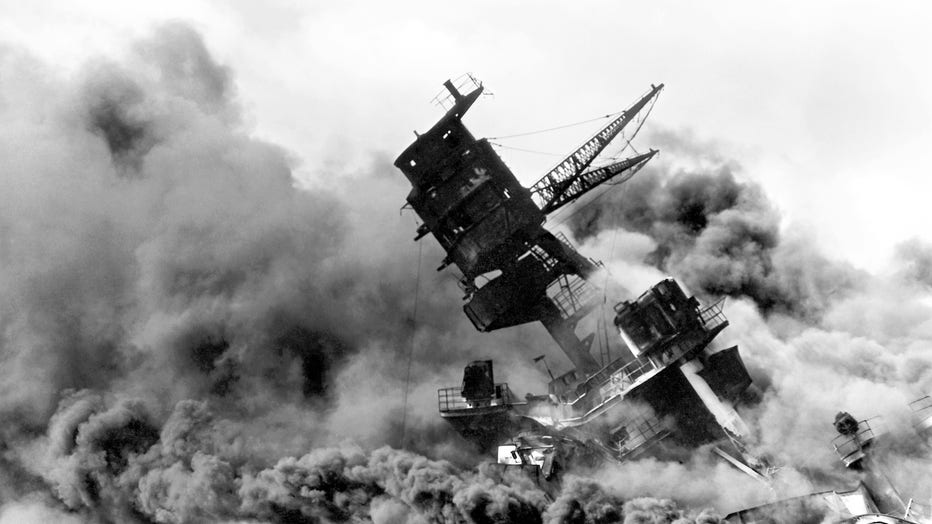