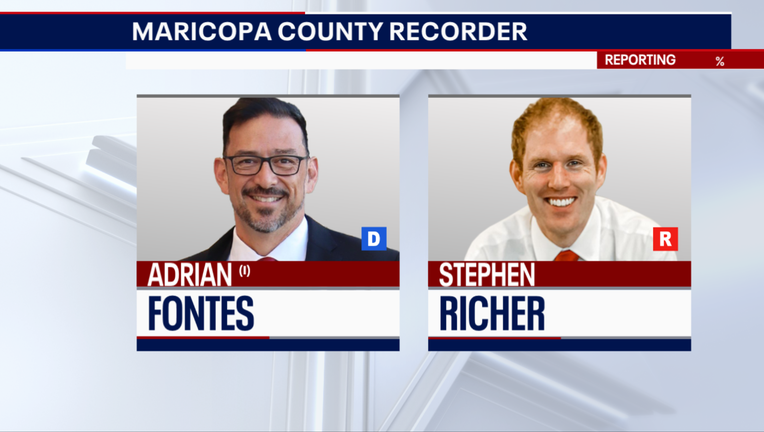 PHOENIX - Adrian Fontes has conceded to Republican Stephen Richer in the race for Maricopa County Recorder.

In a tweet posted to Twitter on Nov. 12, Fontes said he called Richer to congratulate him on winning the race.

Fontes' concession comes on the same day that a hearing will be held after the Trump campaign and Republican National Convention filed a lawsuit against Maricopa County, alleging the county "incorrectly rejected votes" made by in-person voters on election day.

As of Nov. 12, both candidates received 50% of the vote, with Richer having a lead of fewer than 5,000 votes over Fontes.