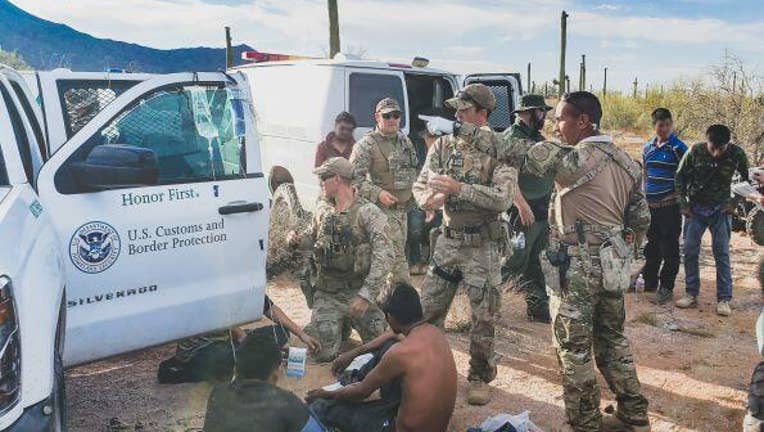 The agency said Friday the rescue took place June 2 in the Tabletop Mountains near Gila Bend after one of the migrants called 911 for help. Temperatures in the Sonoran Desert had hit 95 degrees Fahrenheit.

The Border Patrol’s air rescue units and Arizona state troopers helped rescue of the migrants, several of whom needed treatment for heat related illnesses. Four were flown to a local hospital to be treated for severe dehydration.

Earlier this week, Border Patrol agents in the Yuma Sector to the west found the remains of two migrants who died in separate locations.

in the first case, an agent was tracking a group of migrants through the Barry M. Goldwater bombing range Monday when he encountered a deceased 40-year-old Mexican man. Authorities estimate he died about two weeks before just a few miles from a rescue beacon placed in the desert to let people call for help.

The other death was of a 20-year-old Guatemalan woman who collapsed while traveling in a group through the Yuma area just north of the U.S-Mexico border.