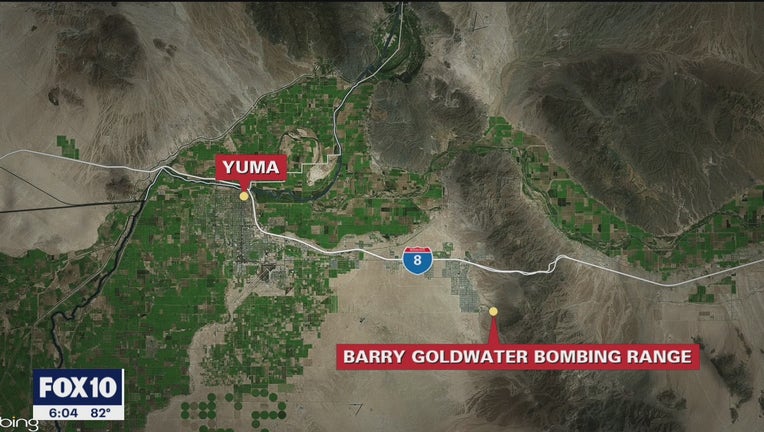 An agent tracking a group through the Barry M. Goldwater bombing range on May 31 found the body of a 40-year-old Mexican man who apparently died two weeks previously, and agents responded to a call for help Tuesday from a group of migrants and found a deceased 20-year-old Guatemalan woman, the agency said in a statement.

"It doesn’t take much," said Lenin Padilla, a Border Patrol agent and program manager. "Proof of that is the woman. She was only a couple miles north of the border. It’s hot out there."

Padilla, coordinator for Yuma Sector’s Missing Migrant Program, said Border Patrol is working with the Mexican government and non-government organizations to try to discourage migrants from crossing barren areas of the dessert, especially during the summer heat.

"Unfortunately, we are expecting the number of 911 calls to increase as the summer months come," Padilla said.

The identities of the migrants and the cause of their deaths have not been released.