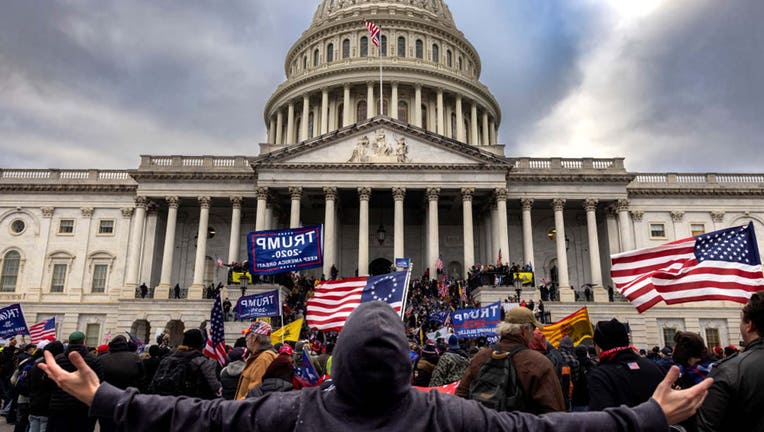 FILE - Pro-Trump protesters gather in front of the U.S. Capitol Building on Jan. 6, 2021 in Washington, DC.

PHOENIX (AP) — Arizona Republican Party Chair Kelli Ward and her husband have filed a lawsuit seeking to block a subpoena of their phone records by the House committee investigating the Jan. 6 insurrection at the U.S. Capitol.

Kelli Ward and Michael Ward were presidential electors who would have voted for Donald Trump in the Electoral College had he won Arizona. Both signed a document falsely claiming they were Arizona’s true electors, despite Democrat Joe Biden’s victory in the state.

Lawyers for the Wards, who are both physicians, argue that turning over their phone records would compromise the private health information of their patients. They also say it would violate their 1st Amendment rights.

Kelli Ward is a staunch Trump ally who has aggressively promoted the false claim that the election was stolen from him. In the days after the election she pressured Republicans on the Maricopa County Board of Supervisors to investigate unsupported claims of fraud before election results were certified, according to text messages released by the county.

The suit was filed Tuesday by the Wards and Mole Medical, a business registered to Michael Ward, in U.S. District Court in Prescott, Arizona.