PHOENIX - The Arizona Humane Society made quite the rescue last month after extracting a six-week-old kitten that was stuck behind a double brick wall for at least a day.

Officials say they were called after a Good Samaritan had tried for hours to free the orange tabby from the wall on July 31.

Two emergency animal medical technicians arrived, and after nearly an hour of chipping away at the building, rescuers were able to remove the kitten. 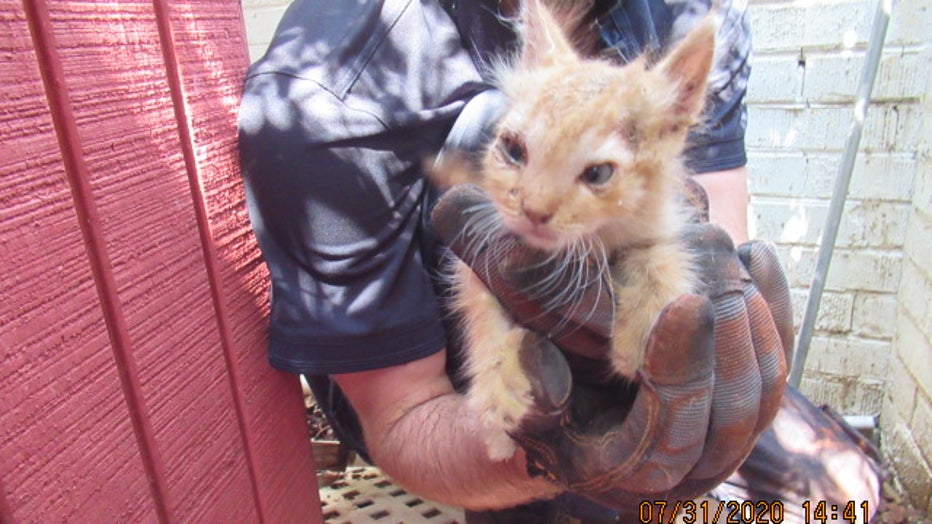 An AHS medical technician holds up the rescued kitten after spending an hour freeing it from a wall.

The tabby, now called Wall-E, was found with swelling, soft tissue damage and a few other wounds.

Wall-E is currently being cared for in a foster home until she is ready for adoption.