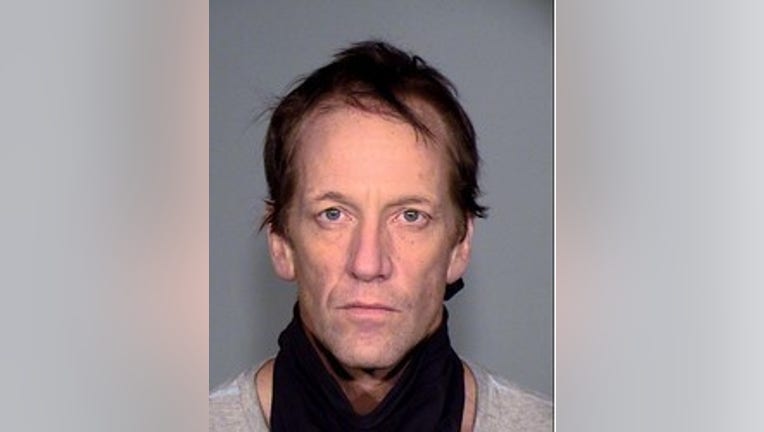 Lloyd Beard is accused of breaking into a Paulden home and climbing into bed with a sleeping 12-year-old girl in the middle of the night.

PAULDEN, Ariz. - An Arizona mother's quick actions helped save her daughter after a registered sex offender broke into her home, according to the Yavapai County Sheriff's Office.

Lloyd Beard, a 54-year-old Prescott resident, reportedly broke into a house in Paulden at around 3 a.m. on Wednesday while a mother, 12-year-old daughter and 16-year-old son were sleeping.

Yavapai County deputies say Beard got into the daughter's bed and started touching her face.

"The daughter was able to wake her mother, who physically removed Beard from the residence when he refused to leave," officials said in a statement. "She then confronted him in the yard where he was exposing himself and threatening to "drop her."

The 54-year-old tried to run away, but was stopped by the mother and her son.

Deputies found Beard with his pants down and with minor injuries from his fight with the mom.

The Prescott man was hospitalized, but has since been released and now faces a number of charges, including aggravated assault, burglary, criminal trespass, indecent exposure, voyeurism and disorderly conduct.

"The quick action of the mother saved not only her daughter from further trauma but managed to help take a dangerous predator off the streets," officials said.

Beard is a level 3 sex offender who had registered with the Yavapai County Sheriff's Office last week. He had a prior offense in Colorado for "invasion of privacy for sexual gratification."