Man dies after being set on fire near Glendale gas station

The suspect in the case, identified as Luciano Marquis Simmons, has been arrested. FOX 10's Stephanie Bennett reports.

GLENDALE, Ariz. - A man who was lit on fire near a Glendale gas station has died, and police have provided new information on their arrest of a suspect.

In court documents released by police, the suspect, identified as Luciano Marquis Simmons, is accused of aggravated assault in connection with the incident, which happened during the early morning hours of July 3 in the area of 58th Avenue and Olive.

Investigators say officers were called to the scene at around 4:38 a.m., and when they arrived, they located the victim, in flames, in the entrance of a convenience store.

"Witnesses were attempting to put out the fire by pouring water over the victim," read a portion of the documents. "The victim was transported to the Maricopa County Burn Unit."

On July 26, officials said the victim, 30-year-old Blake Angerer, died from his injuries.

"In speaking with witnesses, they advised the suspect, later identified as Luciano Simmons, came into the Circle K and purchases gasoline," read a portion of the court documents. "Luciano filled up a water bottle of gasoline, and went to the area of the bus stop, which was located just northeast of the gas pumps."

One witness, according to investigators, said he was at the gas stop with Simmons and the victim when Simmons poured the gasoline on the victim and used a blue butane torch to light the victim on fire.

"The victim and the witness then ran toward the Circle K, while the witness attempted to put out the fire."

Investigators said that during an interview with Simmons, he admitted to being at the Circle K and buying a small amount of gas for his gas-powered bicycle. Simmons, however, denied he was the person who injured the victim.

Members of Angerer's family said the victim suffered 3rd degree burns to more than 70% of his body. He was making small improvements, but his condition was touch-and-go. 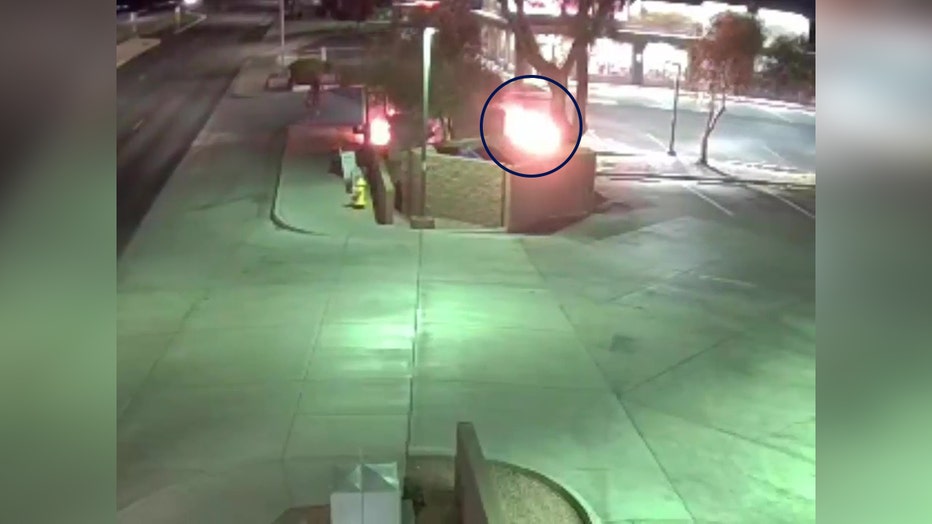