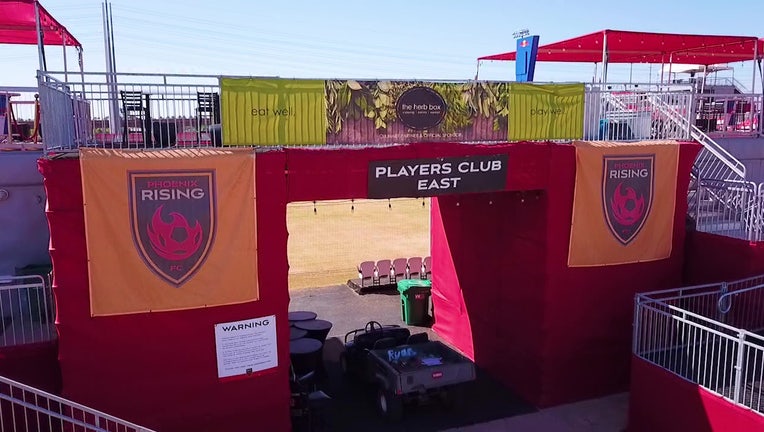 PHOENIX - People may have heard that they are undefeated on Dollar Beer Night, and wondered what that was all about. That, or people may have seen a Phoenix Rising soccer team sticker on a car while out and about.

Arizona's soccer team, the Phoenix Rising, are for real. While a historic win streak recently came to an end, they have their eyes set on a league title, and maybe even gaining a Major League Soccer (MLS) franchise for the Valley.

"I told the guys I wanted to go 34-0 from the beginning, I knew they were capable of winning a lot of football games," said the coach of Phoenix Rising, Rick Schantz.

It wasn't quite 34-0, but the Phoenix Rising football club, the Valley's United Soccer League team, came closer than most. The team rattled off a historic 20-game win streak in the league, a continuation of success for one of Arizona's hottest squads.

"We've been through it last year," said Schantz. "We know how to prepare for it, we know we want to get that big trophy at the end, so the players are very focused on it."

For those who are only familiar with Arizona's big four teams -- the Arizona Cardinals, Phoenix Suns, Arizona Diamondbacks, and the Arizona Coyotes -- the Phoenix Rising has made a strong case to make it a big five in a short amount of time. A 2016 rebrand formed the Phoenix Rising, and in 2018, they were a win away from the USL championship. 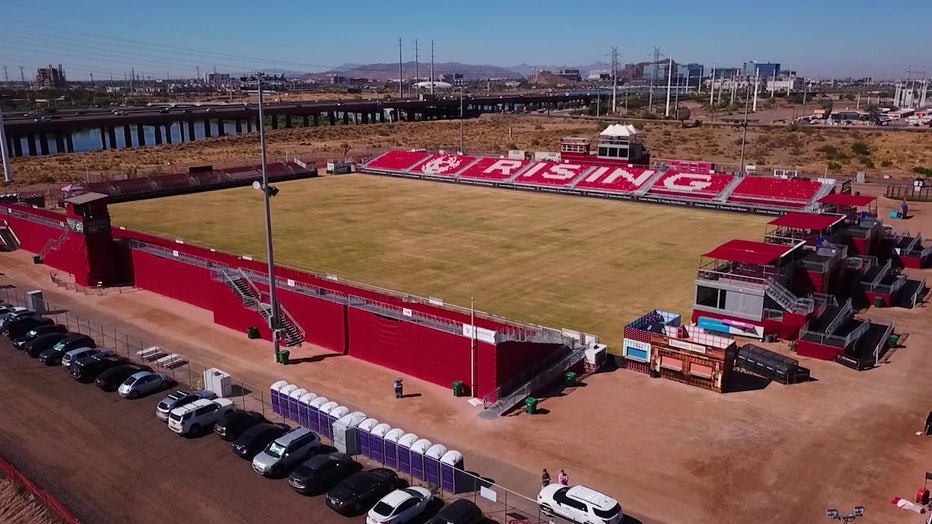 Their stadium, Casino Arizona Field in Scottsdale, typically pushes past its listed capacity of 6,200 people. Schantz, an Arizona native, has seen the success and growth of the franchise firsthand.

"The environment that our fans create makes the good players want to be here," said Schantz. "When I pick up the phone and I speak to a junior Flemming or an Adam John, they've heard about Phoenix Rising, they've heard about the stadium, the fans, they know they're coming to a place where it's really fun to play football." 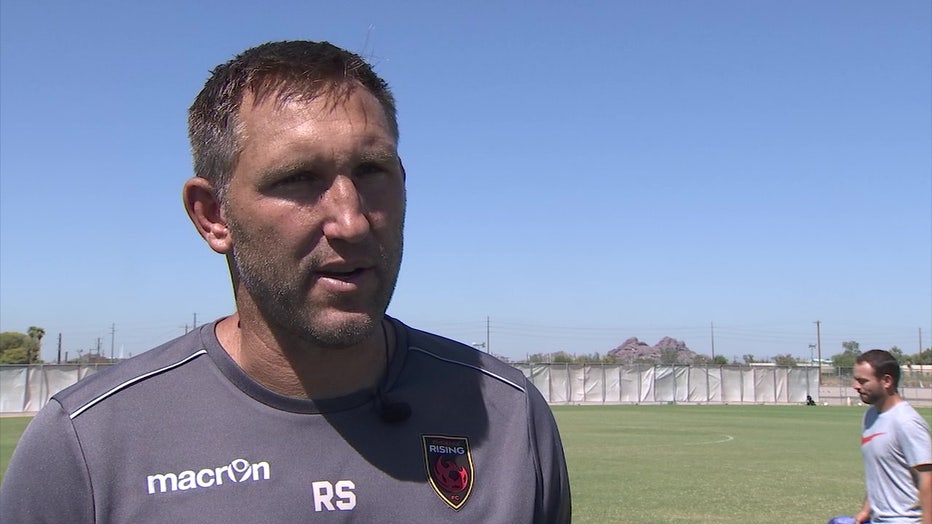 With swagger and style, the club has generated excitement across the Valley. The passion from the supporters isn't lost on the players. Defender A.J. Cochran would know a good buildup when he sees it. He's spent time at the MLS level in Houston, and the USL level in St. Louis and Atlanta.

"This has to be up there," said Cochran. "It has to be top of the list for me just from a standpoint of how passionate our fans are, every game's a sellout, playing with the banditos, the red fury behind our goal with the red smoke, it's amazing. It's like the small things too, the bumper stickers, the lanyards walking around, you just see more Phoenix Rising things around the city, which is fantastic. Our fanbase is just incredible. We've sold out every game this year" 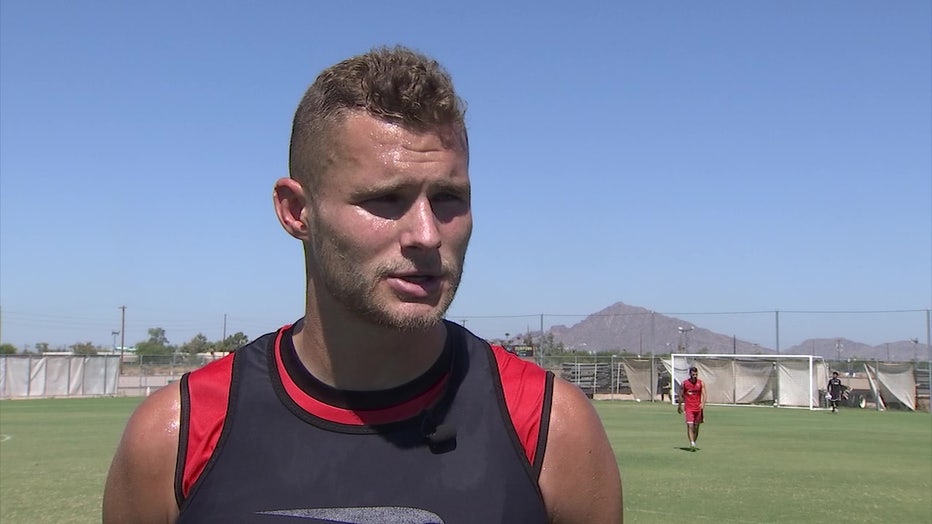 It's that groundswell of support and success that's allowed the club to dream bigger. Phoenix is frequently named as a rumored city for an MLS expansion, something Rising ownership is working towards as the league gets ready to add a 29th and most likely a 30th team. 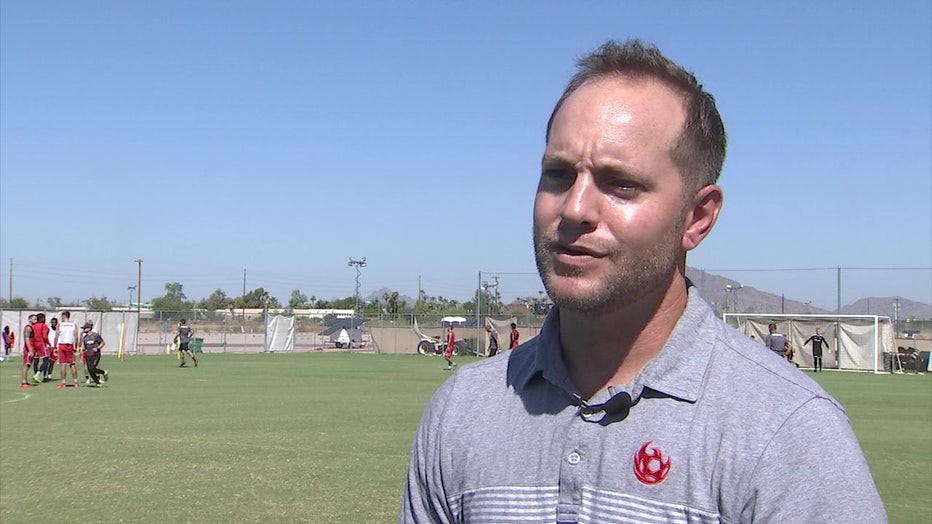 Many might be counting down the days until the next level, but in the meantime, how high can the team rise? The sky's the limit.

"Expectation this year is to bring trophies with this club," said Cochran. "Win the Supporter's Shield, win the Western Conference, and win the big thing at the end." 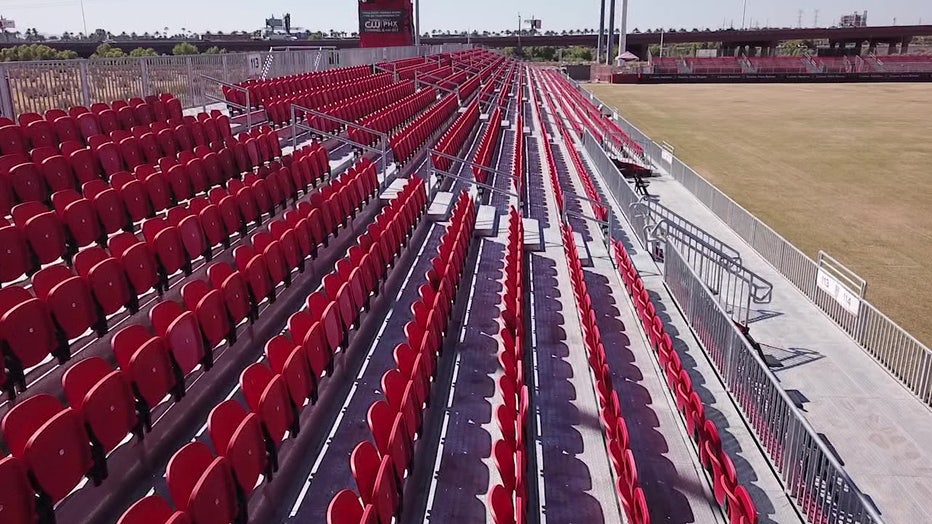 The Rising currently sit atop the standings in the USL's Western Conference, with the playoffs starting at the end of October. The Rising hope to start a new streak, this one hopefully ending with a championship.