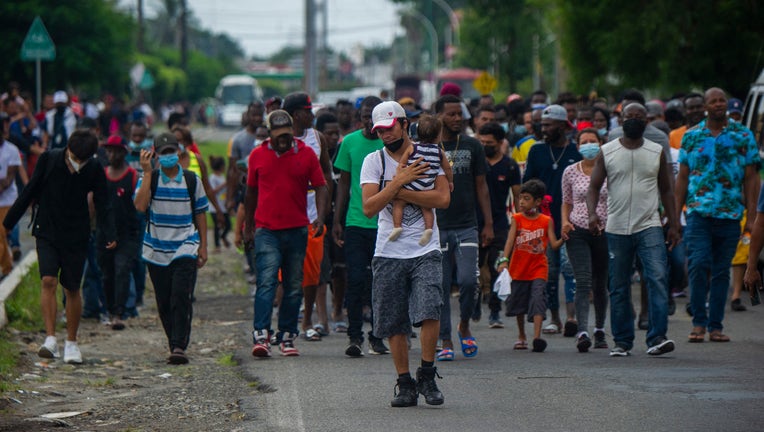 PHOENIX - As big numbers of Haitian migrants gather on a portion of the U.S.-Mexico border near Texas, an alumnus of Arizona State University who has spent time Haiti is sharing her experience there, as well as the conditions many Haitians face.

Christa Brelsford was in the Caribbean country just over 10 years ago when she was struck by a massive earthquake. She was a graduate student at ASU at the time, and was volunteering in Haiti.

"I would not be alive if it wasn't for my Haitian friends and colleagues," said Brelsford.

Nearly two weeks after Brelsford arrived, the country was hit by an 7.0 magnitude earthquake, and Brelsford was trapped in a collapsed house. She lost her right leg, but the experience brought her closer to the people there.

"After the earthquake, I really felt like this is a place that I have connections to that I will not leave Haiti, I will not forget Haiti, for the rest of my life, and so, I have I've spent most -- much, much of my time for the last 11 years trying to figure out how how I can do good," said Brelsford.

Brelsford now serves as a board member for Haiti Partners, an organization that focuses on education, entrepreneurship and leadership development. Merline Engle, the director of Haiti Partners, is a Haitian-American, and said it is sad to see what’s going on in her country.

There has been thousands of migrants fleeing Haiti every day, and there are reports that thousands more could be on their way.