New details have been released about a 21-year-old man who allegedly opened fire at Mesa police officers last week.

MESA, Ariz. - Police say a suspect has been arrested following a barricade situation that escalated into an officer-involved shooting in Mesa.

According to police, officers responded to reports of a burglary in progress during the late-night hours of Aug. 21 near Country Club Drive and Rio Salado Parkway around 11:30 p.m. A woman said she came home and found her front door kicked in, and when officers were setting up a perimeter, 21-year-old Abdul Basit Ishan ran outside, jumped a wall, and hid inside a storage shed.

Ishan allegedly fired four shots at officers, who then called in a SWAT team.

A drone and a robot were eventually called to the scene which lasted for a few hours.

"When officers attempted to approach the shed, several rounds were fired from the shed in their direction. Officers backed up and the Chandler SWAT Team arrived to assist. After several hours of trying to get the suspect to come out, a robot and drone were deployed. The suspect fired additional shots at both devices. Less lethal measures were deployed and when the suspect began to exit the shed, the officer involved shooting occurred," police said.

After the shooting, officers took Ishan into custody. On site, life-saving measures were administered and Ishan was transported to the hospital in critical condition.

Ishan has since been released from the hospital and booked into jail. He is accused of multiple charges, including aggravated assault, burglary, and criminal damage.

This was the second officer-involved shooting that happened Sunday in Mesa. Earlier in the day, a shooting involving police officers and an out-of-state man wanted by authorities ended in a crash. 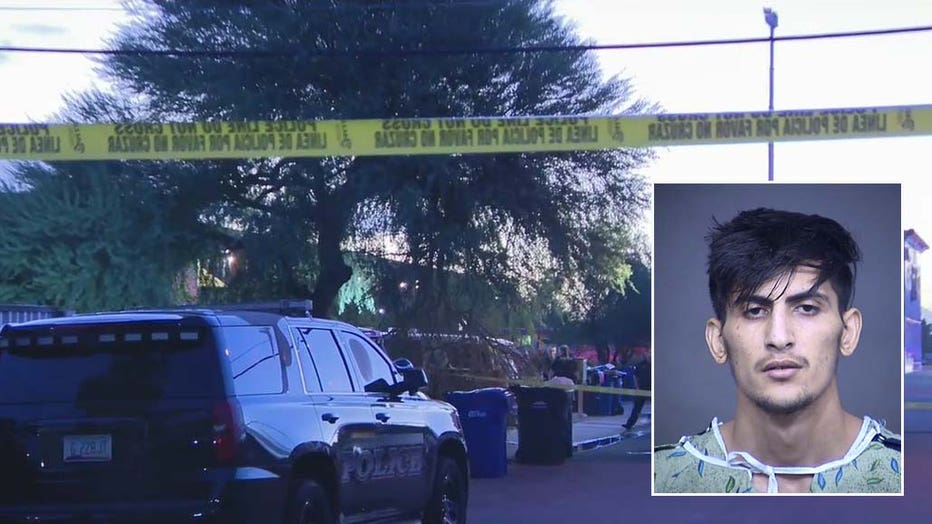 Police say 21-year-old Abdul Basit Ishan has been arrested following a barricade situation that escalated into an officer-involved shooting in Mesa.