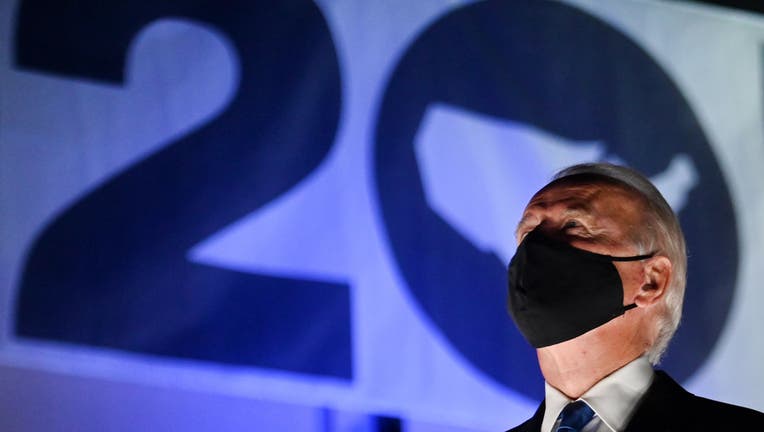 Former vice-president and Democratic presidential nominee Joe Biden wear a facemask as he watches fireworks outside the Chase Center in Wilmington, Delaware, at the conclusion of the Democratic National Convention, held virtually amid the novel coron

Democratic presidential nominee Joe Biden has still not been tested for the novel coronavirus, his deputy campaign manager said on Sunday.

Speaking on ABC’s “This Week,” Kate Bedingfield defended Biden not being tested – saying that the campaign has “put the strictest protocols in place, and moving forward, should he need to be tested, he certainly would be.”

Bedingfield added that the former vice president has not had COVID-19.

Despite not being tested himself, Biden has laid out a plan for free testing nationwide, expanding testing sites, having federal safety regulators enforce testing at work, and assembling at least 100,000 contact tracers to find people exposed to the virus.

Biden in the past has defended himself by saying he is holding mostly virtual campaign events and members of his staff and the Secret Service are regularly tested.

While Biden generally has stayed away from large public events and rallies – a move that has been mocked by President Trump and his allies – and worn a mask when he does meet with voters, the 77-year-old candidate is in an age group that makes him more vulnerable to major complications from the disease.

Biden also appeared on Capitol Hill last month to pay his respects to the late Rep. John Lewis, D-Ga. While he wore a mask during his time in Washington, he was still surrounded by dozens of lawmakers.

President Trump, on the other hand, has been vocal about how many times he’s been tested – although he made clear last month that it is not as much as Press Secretary Kayleigh McEnany said.

"He's tested more than anyone, multiple times a day," McEneny said during a press conference. "And we believe that he's acting appropriately."

Later that day, Trump contradicted her – saying he doesn’t believe he gets tested multiple times a day.

"I don't know about more than one," Trump said. "I do probably on average a test every two days, three days, and I don't know of any time I've taken two in one day, but I could see that happening."